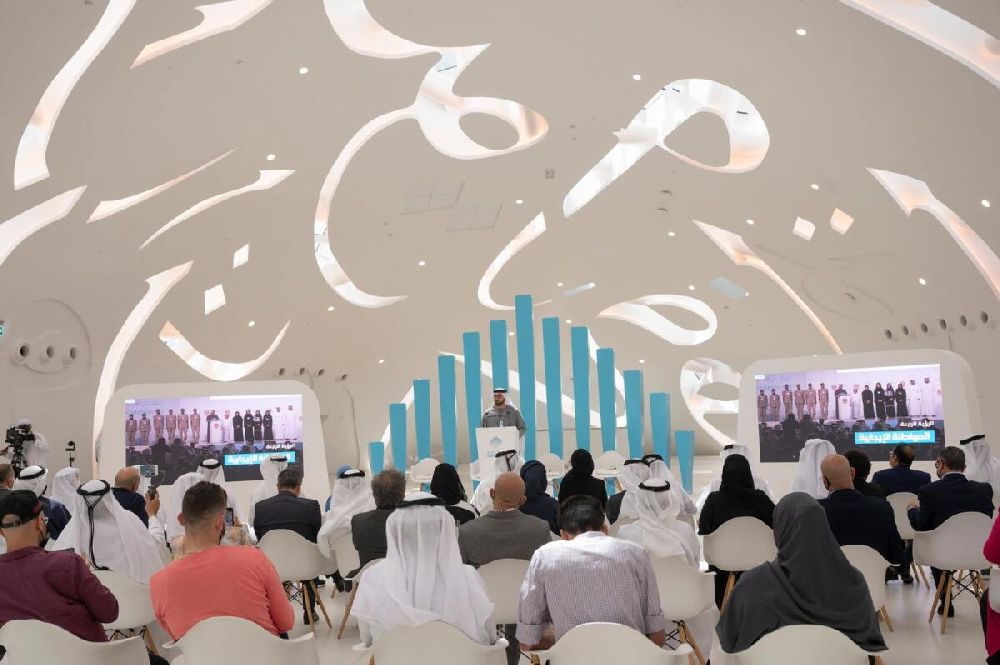 Although the future is unpredictable, governments worldwide must be agile to cope with the changes seen today in the metaverse and cryptocurrencies, a UAE minister said at the opening session of the first day of the World Government Summit (WGS).

“Preparing for the future makes you part of it; ignoring the future makes you at the loss of it,” Mohammad Abdulla Al Gergawi, Minister of Cabinet Affairs and Chairman of the World Government Summit Organisation, told a group of delegates and senior officials attending the summit.

Al Gergawi added that the speed of change is always bigger than expected, which makes the study of the future, the flexibility of governments and the speed of decision making more important now than ever before.

Over the past two years, the digital economy multiplied eight times to reach $4 trillion, online education grew 11 times, and the speed of developing vaccines decreased from six years to 100 days.

Global inflation quadrupled over the last two years, while natural disasters due to climate change tripled over last decades.

“What happened in the last two years exceeded the changes we have witnessed in the last decade. The changes happening in the future will be even faster,” said Al Gergawi.

He urged governments to solidify their partnerships with the private sector, which are “no longer a choice” to ensure the security of world communities and provide a better quality of life.

“Today, major developments for humanity in health, space and science are led by the private sector, which governments often try to catch up to, albeit sometimes too late.”

Governments, he added, must not take anything for granted when it comes to dealing with the future.

“There are no givens when dealing with the future.”

Two years ago, globalisation was thought to be the world’s fate and that political, economic, and security cooperation deals added stability. “And here we are challenging these beliefs amid an unprecedently polarised world and a war emerging from the heart of Europe,” said Al Gergawi in reference to the Ukraine-Russia crisis.

Although the future holds complexities and surprises, governments should not refrain from searching for answers to arising questions.

Al Gergawi noted that a pandemic was predicted at the 2018 edition of the summit. Two years later, Covid-19 infected more than 480 million people, and the world economy lost $10 trillion.

“Some governments succeeded in dealing with the pandemic, while others failed.”

Al Gergawi said that the summit has provided a platform to discuss the technologies shaping today’s reality over the last eight editions, such as crypto assets worth $2 trillion and the rapid development of the metaverse expected to reach $580 billion by 2024.

“Understanding and knowing answers to tomorrow’s questions will allow governments to determine opportunities and face challenges,” he noted.

In a televised speech, Prof Klaus Schwab, Founder and Executive Chairman of the World Economic Forum, stressed that amid the Covid-19 pandemic and clash of world powers, it is the role of governments to look at constructive ways to build a better future for the coming generations.

“History is slowly at a turning point. We do not know the full extent of the systematic and structural changes that will happen, but we do know that energy systems, supply chains and food systems will be deeply affected,” he told the audience.

Schwab urged governments to recognise the potential of the Fourth Industrial Revolution and develop the ethical and political framework to ensure technologies are human-centric and society oriented.

The future of governments is intrinsically connected, with an urgent need to develop a collaborative response ahead of challenges.

“Despite all the challenges, we have to uphold our responsibility to the next generation. We can only fulfil this through collaboration on a national and international level,” said Schwab.

The two-day summit brings together 4,000 participants and 30 international organisations from 190 countries to discuss future trends and identify challenges and opportunities ahead of governments.