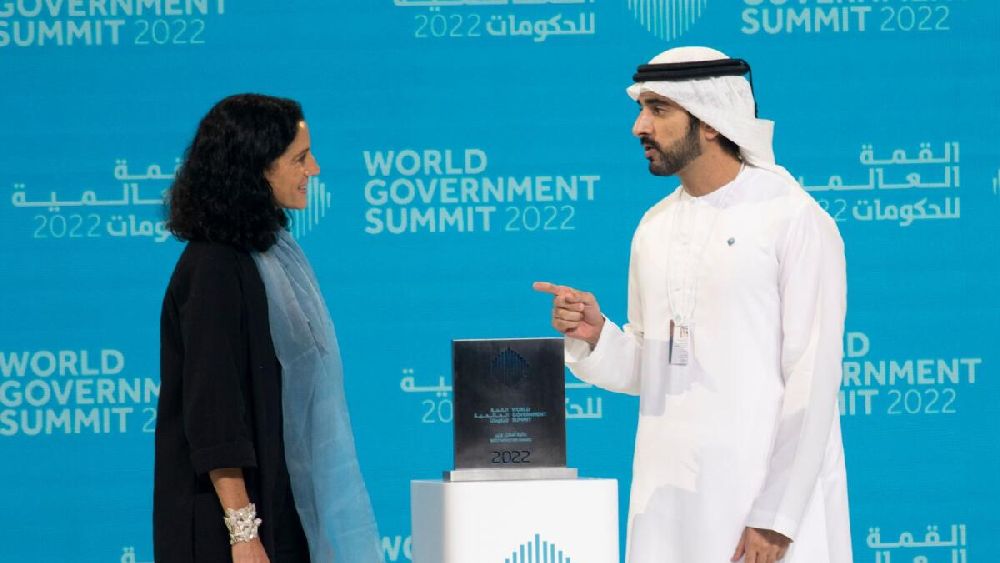 Uruguay’s Minister of Economy and Finance, Azucena Arbeleche, has won the ‘Best Minister Award’ at the Government World Summit on Wednesday.

An economist, civil servant and member of the National Party, the 52-year-old is the first woman to hold the ministerial portfolio in her country.

She won the award for helping her country develop economically despite the challenges thrown by the pandemic.

The Best Minister Award commends the extraordinary work of government ministers at demonstrating excellence in the public sector; along with designing and implementing successful, scalable, and sustainable initiatives for socio-economic advancement of their citizens. It also celebrates efforts to inspire and lead other government leaders and service providers towards promoting innovation and foresight in shaping public discourse on global issues of today and tomorrow.

Ten ministers were nominated. The selection process included background work by PWC, the public opinion through social media, a jury of international experts and key representatives of international organizations and the private sector selected the winner.

The summit is being held on the sidelines of Expo 2020, Dubai.