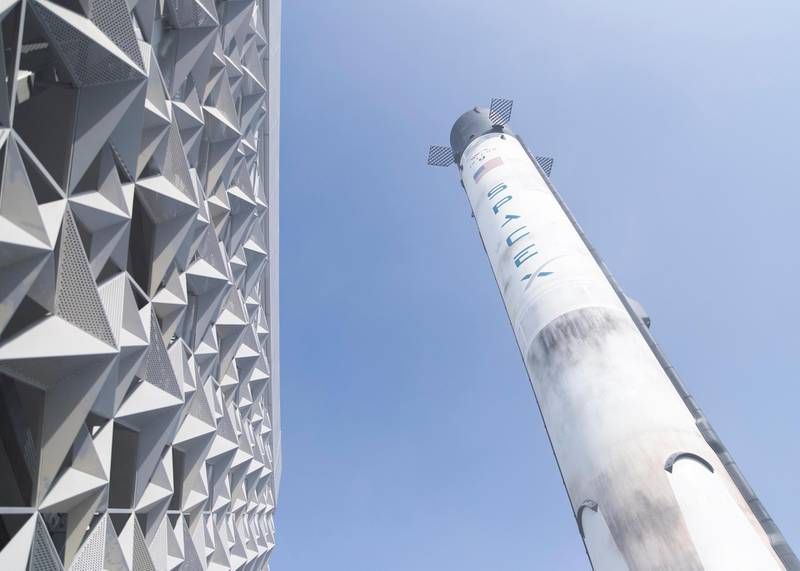 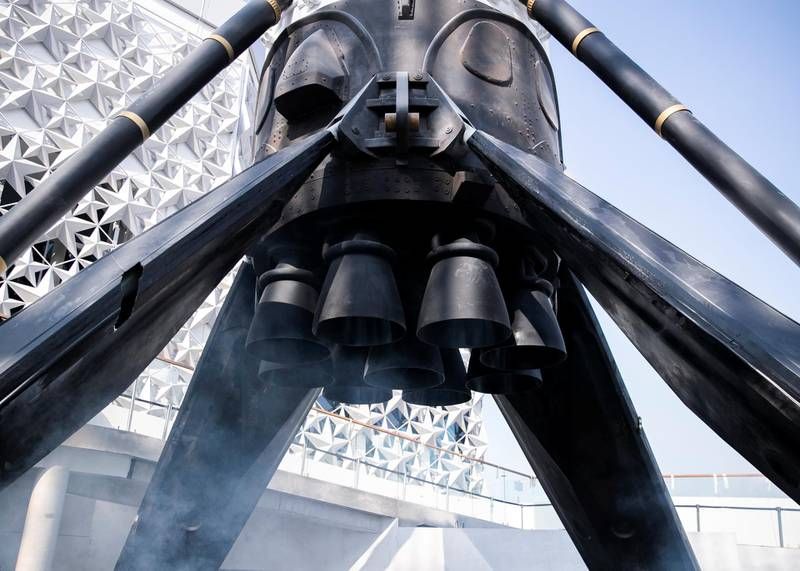 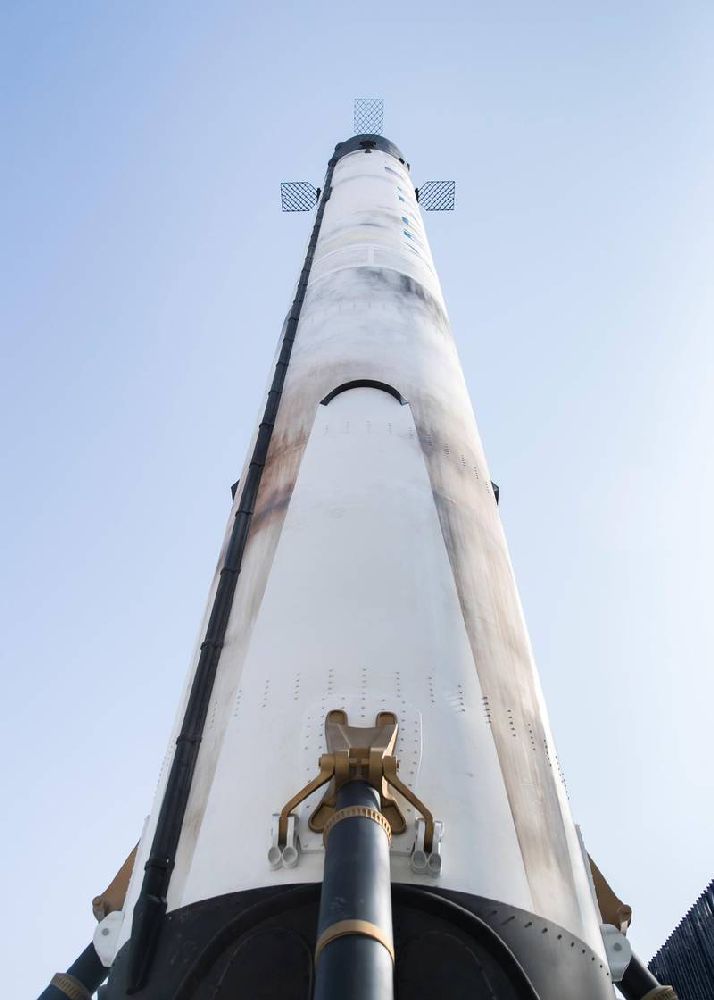 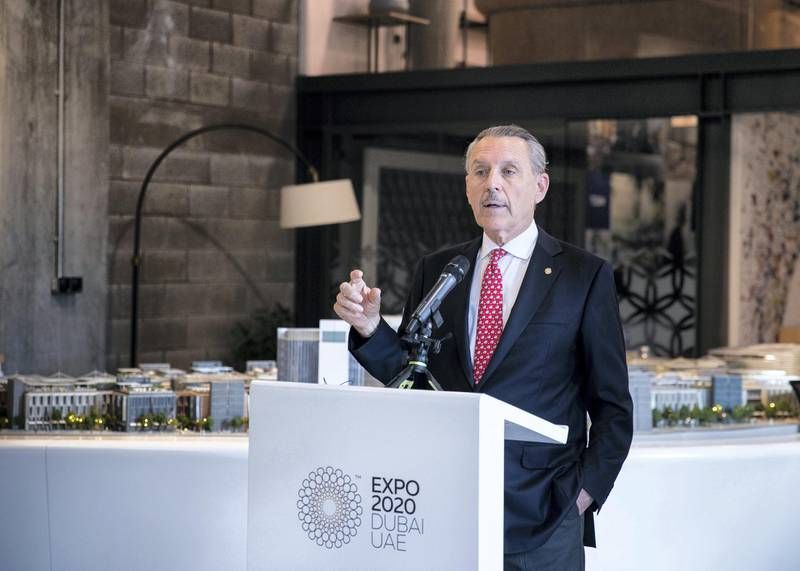 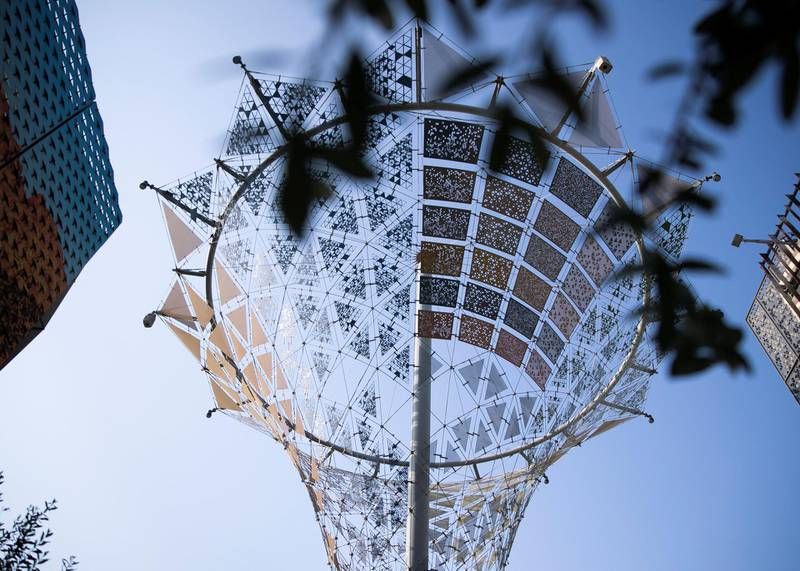 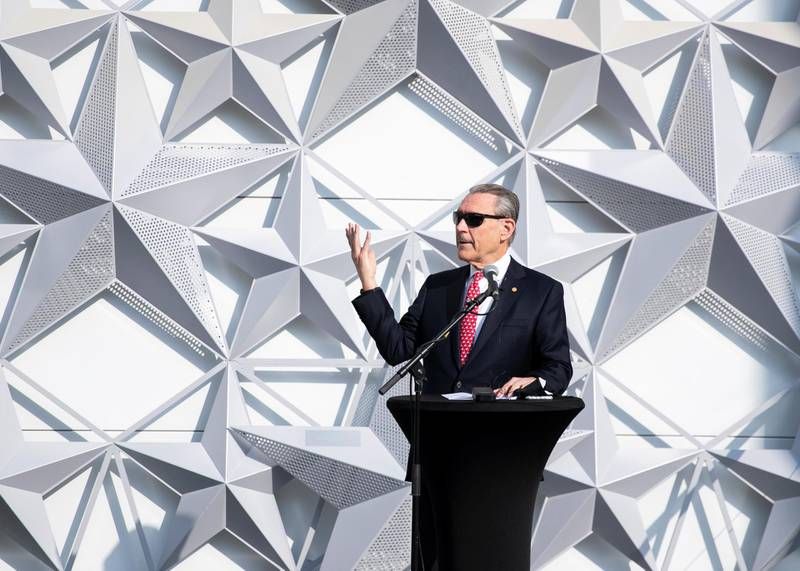 An exact replica of the SpaceX Falcon 9 rocket welcomed guests into the US pavilion at the Dubai Expo. All photos by Reem Mohammed / The National

US pavilion organisers at Expo 2020 Dubai are on the hunt for a permanent home in the UAE for an enormous SpaceX rocket model that was on display at the world’s fair.

The 43-metre tall Falcon 9 booster replica was one of the most eye-catching displays at the mega event, which welcomed visitors into the US pavilion for six months.

Mist flowing from beneath the model represented the white smoke that leaves the rocket as it lifts-off the ground, and red lighting and sound effects made the display even more realistic.

Christine Lawson, deputy consul general at the US Consulate in Dubai, said during a space diplomacy talk on Thursday the booster replica could continue to be a top visitor attraction in the Emirates.

“If you visited the US pavilion at the expo, you saw a replica of the Falcon 9, and we’re hoping to find a permanent home for that here in the UAE, so everyone can continue to enjoy that,” she said.

The US pavilion had a strong focus on space-themed displays, including Moon rock samples brought back by Apollo missions, a replica of one of its Mars rovers and a visit from astronaut Scott Kelly.

Thursday’s event was organised by the Diplomacy Lab, a community-driven initiative that focuses on innovation, culture and youth. It was set up by the Fatima Bint Mohamed Bin Zayed Initiative and the Anwar Gargash Diplomatic Academy.

The lab is holding a series of dialogues with senior government officials who will shed light on diplomacy-related topics.

Ms Lawson gave the closing remarks, where she also spoke about the relationship between the UAE and US with regards to space exploration.

Read more 'One step closer to next mission': UAE astronauts buoyed by Nasa trainingRuler of Dubai sets out plan to make Expo site a global destination

“The UAE was one of the very first countries to sign on to the Artemis Accords, which is going to set the guidelines for space exploration,” she said.

“They also worked very closely with some of our US universities on the Hope probe. We’re proud of our co-operation with Emirati astronauts and our Nasa training programme.

“We’re really looking forward to some of the future collaborations, whether that’s data sharing between the Mars probe and Nasa’s MAVEN (Mars Atmosphere and Volatile Evolution) programme, or the launch of the Rashid lunar rover, which is going to take place from one of the SpaceX Falcon 9 rockets out of the Kennedy Space Centre in Florida.”

Dubai urban planner will take over mushroom nursery and rented steel will be returned to construction sitesExpandAutoplayUAE entrepreneur Dima Al Srouri has taken over a mushroom nursery from the Netherlands pavilion and...