From start ups to new residents, the world’s fair has an exciting future ahead 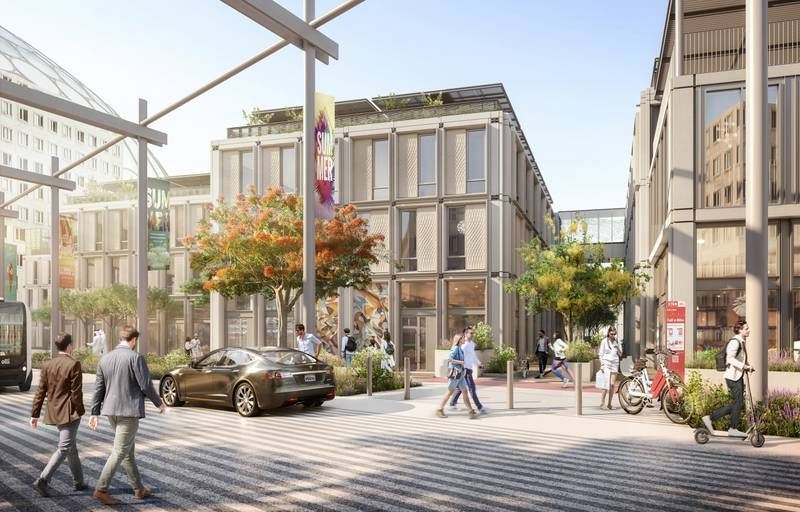 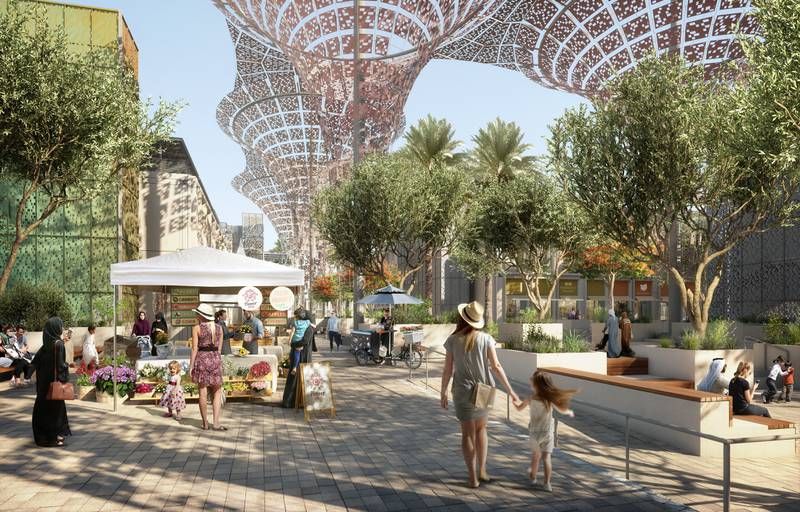 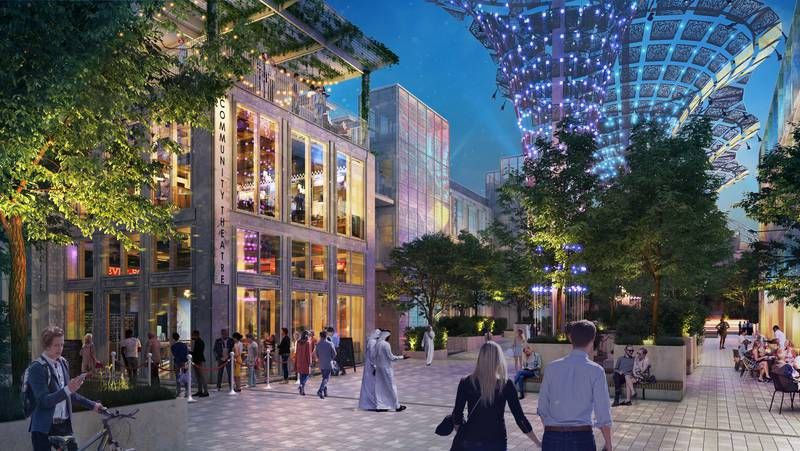 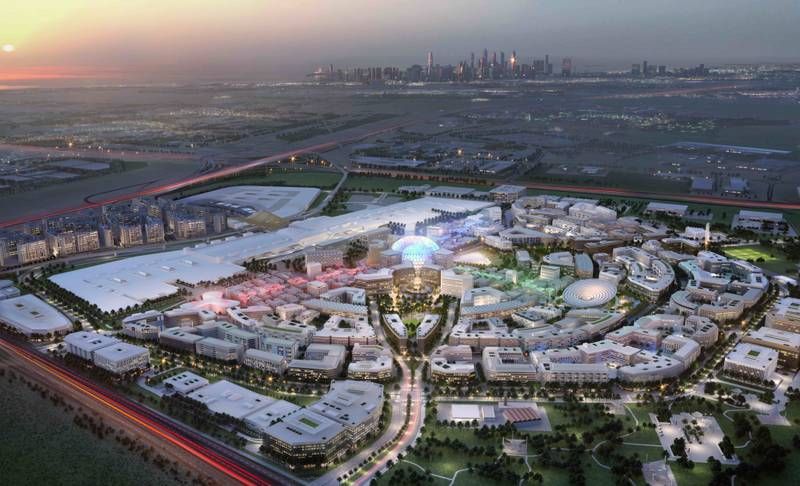 About 80 per cent of the buildings will remain in some form. Many were constructed so that they could be transformed to residential units or commercial space

It has been called the UAE’s first 15-minute city – a cycle-friendly, traffic free suburb of Dubai’s growing metropolis.

But who can we expect to see living at Expo’s legacy site when the six-month world’s fair comes to an end this week?

Property experts in Dubai said with a metro, good road links and significant parking available, the area has all the fundamentals to comfortably maintain a standalone community after Expo.

Initial projections suggest young professionals from start-ups based within the legacy site, and people with a penchant for city life without the chaotic bustle will be likely to look to rent in the area.

QuoteThe location is not as central as many people would like, so it is possible prices will be more favourable compared to areas such as Dubai Marina and Downtown DubaiJames Perry, haus & haus

The Expo site will shut from April 2022 for redevelopment, with many of the pavilions being removed by the countries than built them.

From October, the first of 85 start-up companies will begin moving in to occupy some of the same buildings that visitors have flocked to. Some of the first apartments that will be available will include the Expo village, where country pavilion staff lived for six months.

With infrastructure focused around health and well-being, those who live in District 2020 will be able to walk or cycle from end to end instead of using a car.

James Perry, managing director for haus & haus, a property agency in Dubai, said he would sell the neighbourhood to potential clients as a “city within a city”.

“There is a certain attraction to living or working at the Expo site,” he said.

“Millions of people would have heard of Expo 2020 Dubai around the world, so having an address associated with the event does add an element of prestige.

10 attractions that will stay at the Expo 2020 legacy site: in pictures 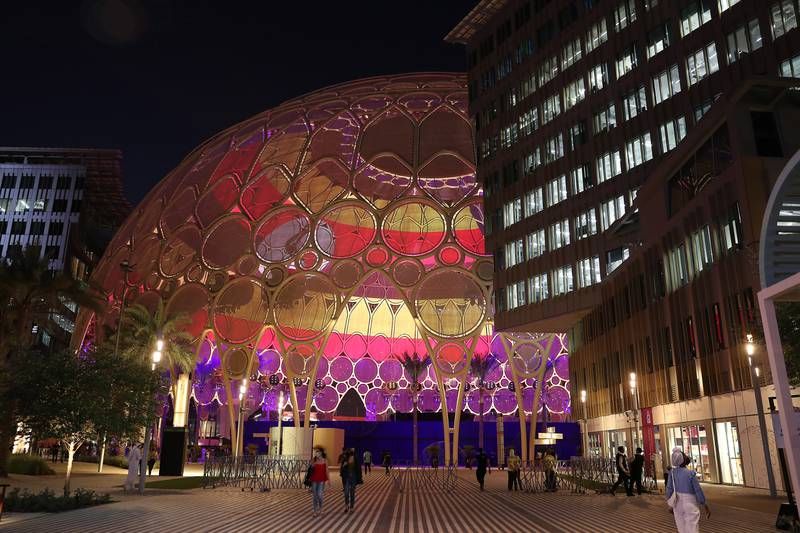 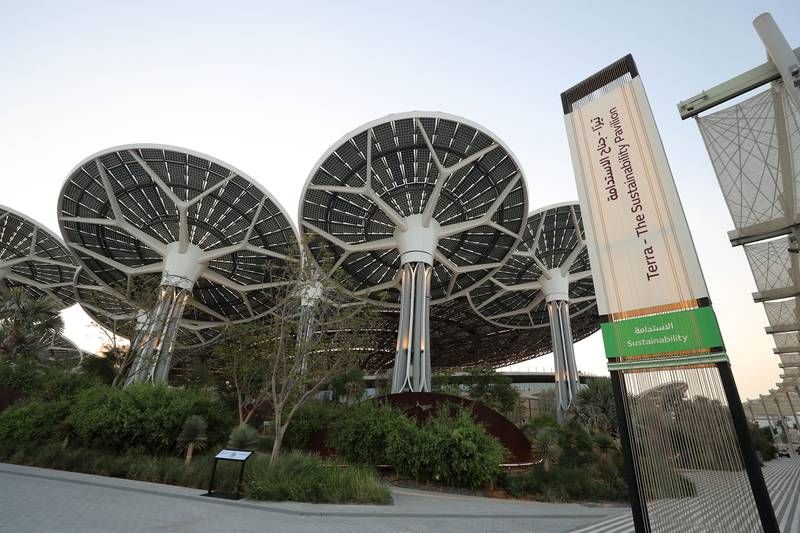 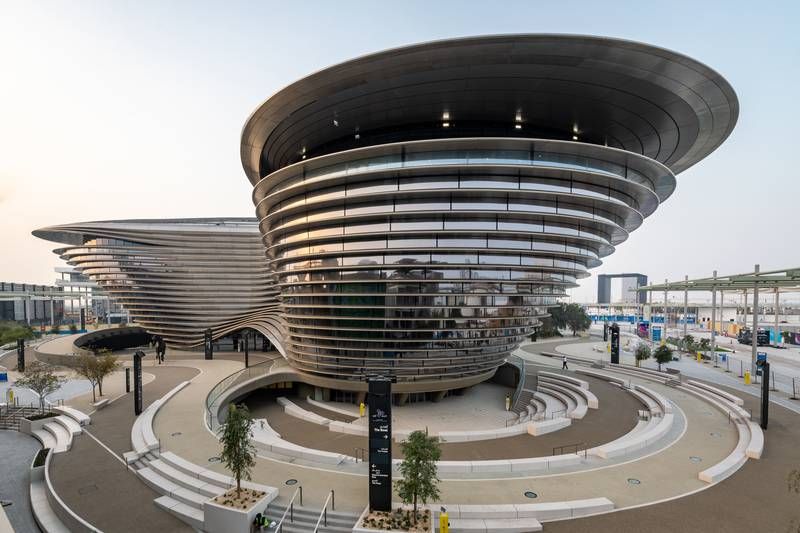 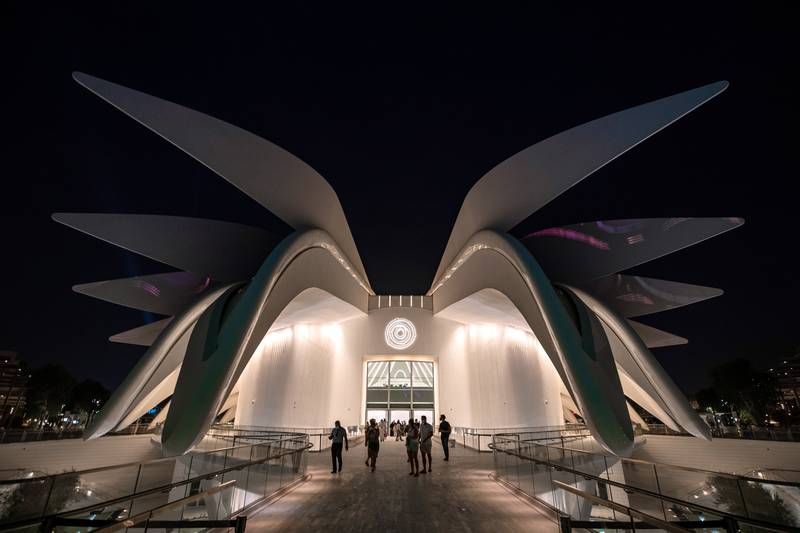 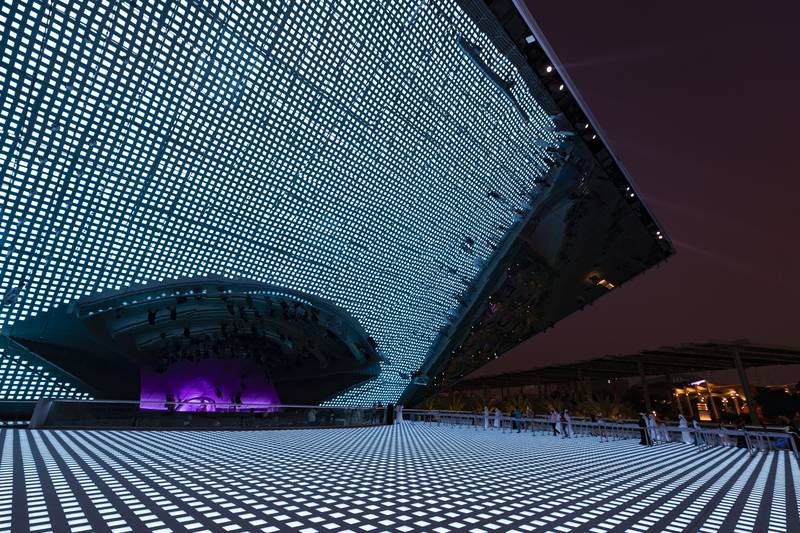 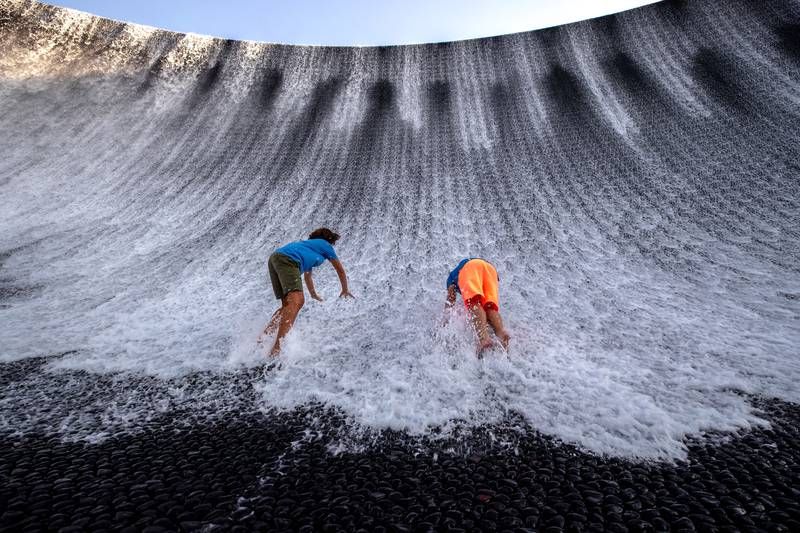 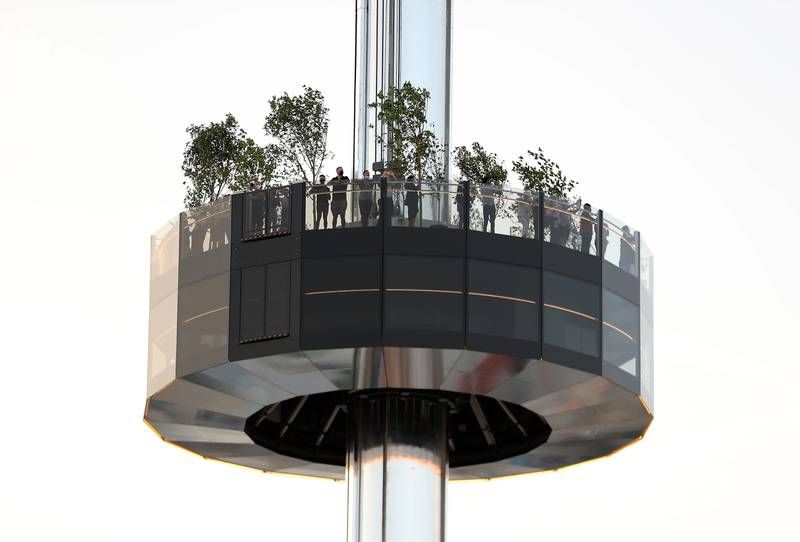 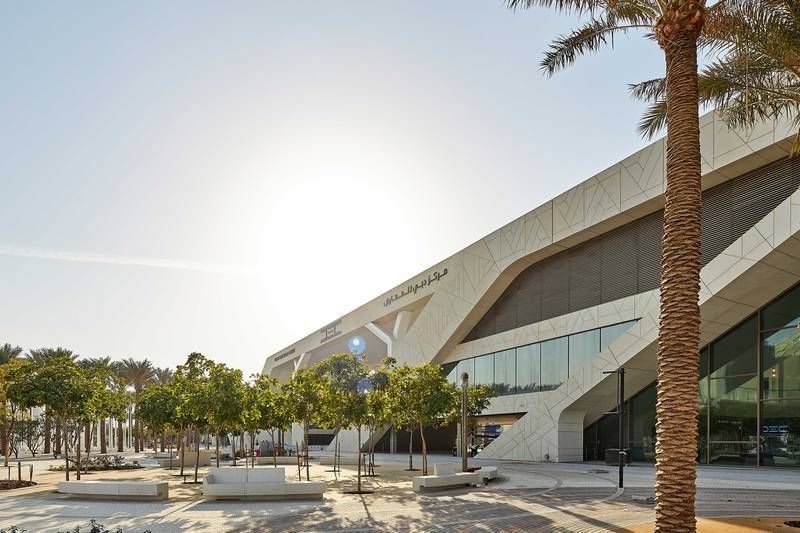 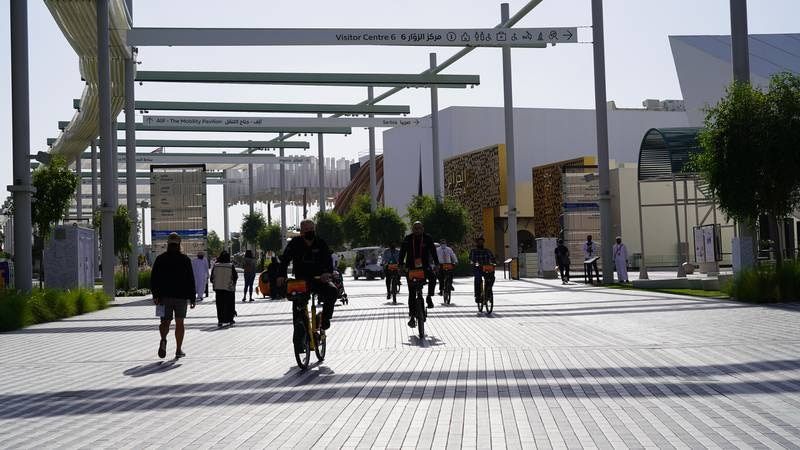 “The location is not as central as many people would like, so it is possible prices will be more favourable compared to areas such as Dubai Marina and Downtown Dubai.

“We expect a mixture of local and international residents and companies to be interested in the venue, and we are eagerly awaiting precise plans in terms of residential homes, commercial offices, and schooling.”

Currently, the Expo Village, located near the world’s fair site, has 2,273 flats in 15 towers with about 3,500 residents.

It is owned and managed by Dubai World Trade Centre (DWTC), and property agents said interest in rentals could also pique within the village.

However, they expect junior and administration staff from companies based within the legacy site to make up the majority of residents living within the off-site complex.

Chris Hobden from Chestertons, a residential property specialist in the region, said the residential mix, which currently comprises co-living in addition to more conventional apartment formats, is ideally placed to provide support housing for start-ups.

“The Scale2Dubai programme, which will offer 80-plus companies a two-year rent-free period and visa assistance [at the legacy site] will complement the existing commitments made by several leading international firms,” he said.

“District 2020 is advantaged by its ready access to major arterial roads, the Dubai Metro and Al Maktoum International Airport.

“The location is also well placed to serve residents routinely travelling between Dubai and Abu Dhabi.” Lewis Allsopp, chief executive of Allsopp & Allsopp, expects prices to be “competitive with prices of other suburban communities farther out from the city of Dubai”. Reem Mohammed / The National

Expo 2020 Dubai will conclude on March 31, when the site will then evolve into a fully integrated community.

Mr Hobden said that with commercial space scheduled to become operational within months of Expo 2020’s close, the residential area will experience a slower uptake initially, but the bonus of having companies on site means housing for staff will be in demand.

“The expo site already feels like a mini-city and a place that would be very appealing to live in,” he said.

“Many start-up businesses will set up on the site and may encourage their teams to reside within District 2020, but I see residents of Dubai who don’t work there interested in living at the site, too.

“The metro will make travelling into the city easy and affordable with every essential need within 15 minutes of their front door.”

Mr Allsopp said the main type of accommodation in District 2020 will be low rise apartments and he predicted prices will be “competitive with prices of other suburban communities farther out from the city of Dubai”.

Forming part of Dubai’s 2040 Urban Plan, District 2020, which can house up to 145,000 residents, will include a range of mobility options that link the site, such as a dedicated autonomous vehicle route, a 10-kilometre cycling track, interconnected, wide pedestrian pathways and a 5km jogging track.

The area will also be interspersed with green space, which is likely to be a big factor for those looking to settle in the area.

Once work begins on transforming District 2020 in April, it is estimated that about 80 per cent of the structures will remain in some form.

A number of countries have already committed to setting up projects on the site, including a hydrogen innovation centre led by the UK and a facility run by the Italian government to preserve archaeological artefacts and art recovered from war zones.