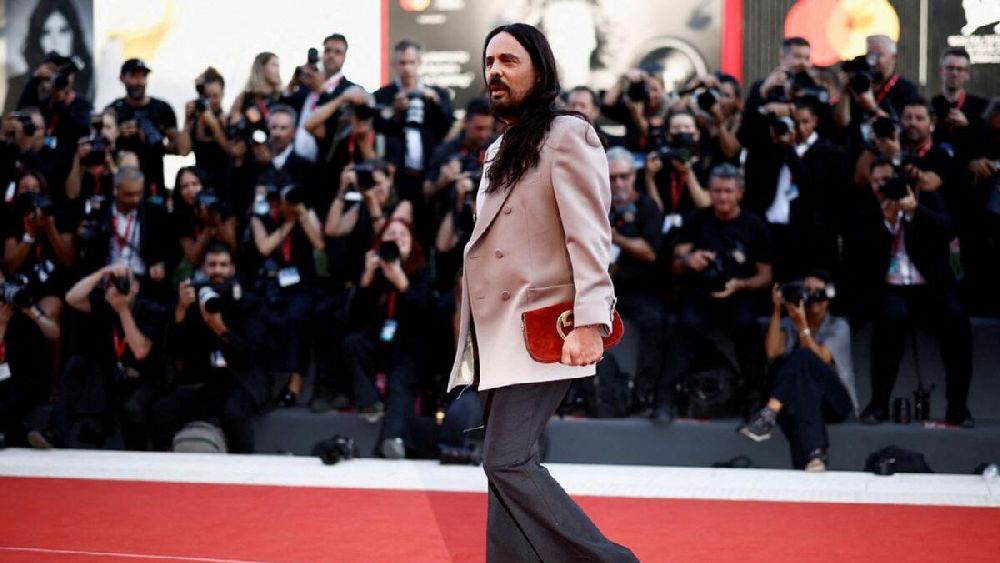 For fashion, 2022 will be remembered as the year that Alessandro Michele said goodbye to Gucci. Just a few days earlier, Belgian designer Raf Simons announced he was shutting his namesake label after 27 years, while continuing as co-creative director of Prada. While Simons has not said why he has closed down his own label, many in the industry believe it is a financial decision.

The back-to-back announcements came as a shock and served as a reminder of how fickle fashion is.

These two designers had an opposing aesthetic, both creators had caused a fashion reset through their work. They changed how we viewed the industry. Simons, a minimalist, became known as a voice for youth with his skinny take on tailoring and Michele, a maximalist, brought forward conversations on identity with a gender fluid approach to fashion. Both were designers who understood how to merge creativity and craft with cultural messaging. Is this not the point of fashion?

Alessandro Michele joined Gucci when Tom Ford was its creative director in 2002. The American designer saved the 1921-founded Italian brand from bankruptcy with his sensual-but-empowering aesthetic that was always served with a heavy dose of glamour. It defined how a generation dressed. Who can forget Toni Braxton wearing a form-fitting white jersey gown with a hip cut-out and gold buckle detail, as she sang, Unbreak My Heart? Ford brought sexy back into fashion.

He left in 2004, after 14 years at the helm of the Italian luxury brand. Gucci revenues had skyrocketed to more than $ US 3 billion when he left. It was during his tenure that French businessman Francois Pinault had bought a large stake in Gucci, his foray into the luxury business today; he had founded what is today known as The Kering Group. The luxury behemoth owns a cluster of super brands, including Gucci, Yves Saint Laurent and Balenciaga. 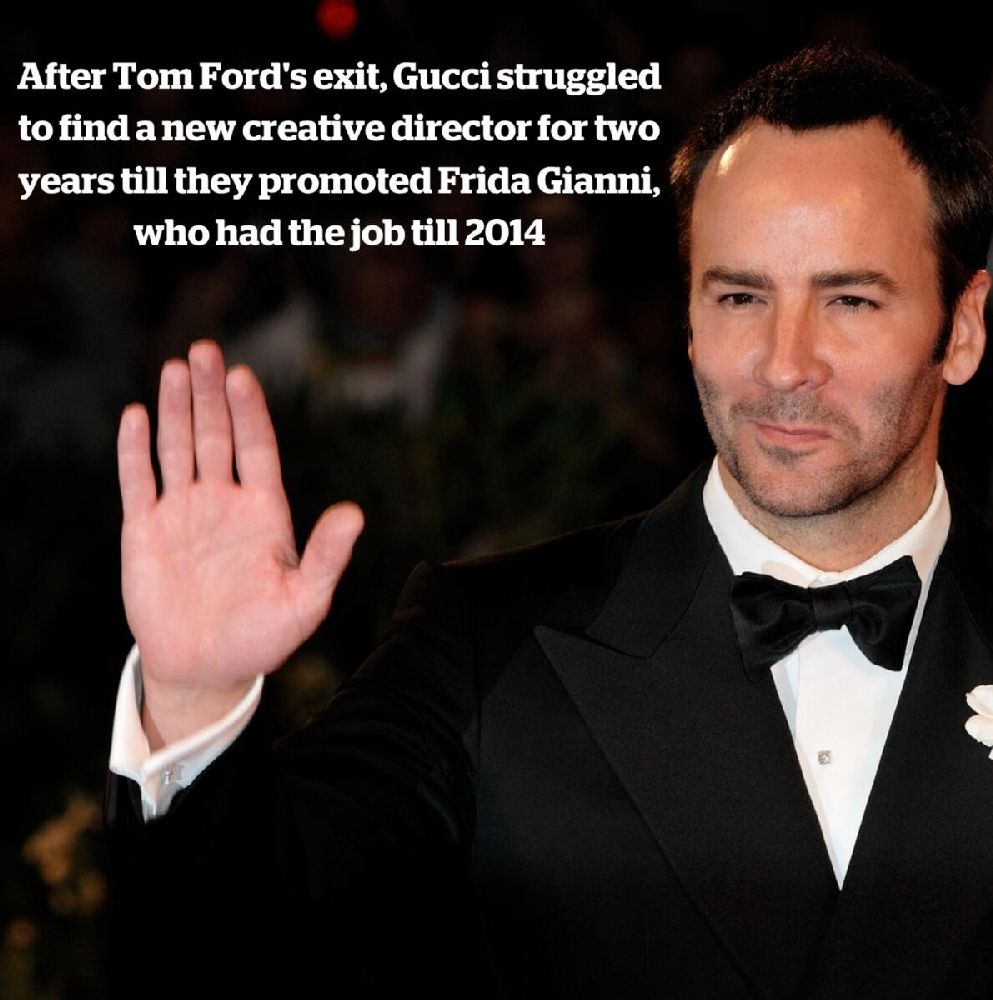 However, it seems negotiations between Ford and Pinault broke down. Years later Ford spoke about his exit to a leading fashion publication stating the reason he left was “control”. For two years Gucci struggled to find a new creative director till they promoted Frida Gianni, who had the job till 2014. She made clothes that were glamorous and commercial and went into the archives to bring a new perspective on “it bags”. Designs that were made to be good for the bottomline. Eventually after nine years, the consumers were bored with her look and she was asked to leave. Alessandro Michele stepped into her shoes.

Gucci once again became a brand that set the style agenda. A magpie at heart, Michele loved logo, vintage style and bold colour. Gucci was cool again and celebrities like Harry Styles and Jared Leto wanted to collaborate with the heritage Italian luxury house.

The distinctive quirk in his design ultimately meant that for a luxury house like Gucci, his aesthetic had a sell-by date. The muchness had become too much for the average consumer after seven years. While his last show “Twinsburg” with 68 identical twins that played on the idea of individuality, held just a few months ago, was the talk of the town, the bosses at Gucci were probably already feeling Michele’s time was up. While Gucci revenues had grown from 3.9 billion euros in 2015, the year Michele took over, to 9.7 billion in 2021, the pace of growth was becoming sluggish.

Either Michele had to become more commercial and compromise on his creativity or he had to leave the company. Gucci is The Kering’s cash cow, and two-thirds of its profits come from this one brand. At the time of his exit announcement Michele made this official statement, “There are times when paths part ways because of the different perspectives each one of us may have. Today an extraordinary journey ends for me, lasting more than 20 years, within a company to which I have tirelessly dedicated all my love and creative passion. During this long period, Gucci has been my home, my adopted family. To this extended family, to all the individuals who have looked after and supported it, I send my most sincere thanks, my biggest and most heartfelt embrace.” 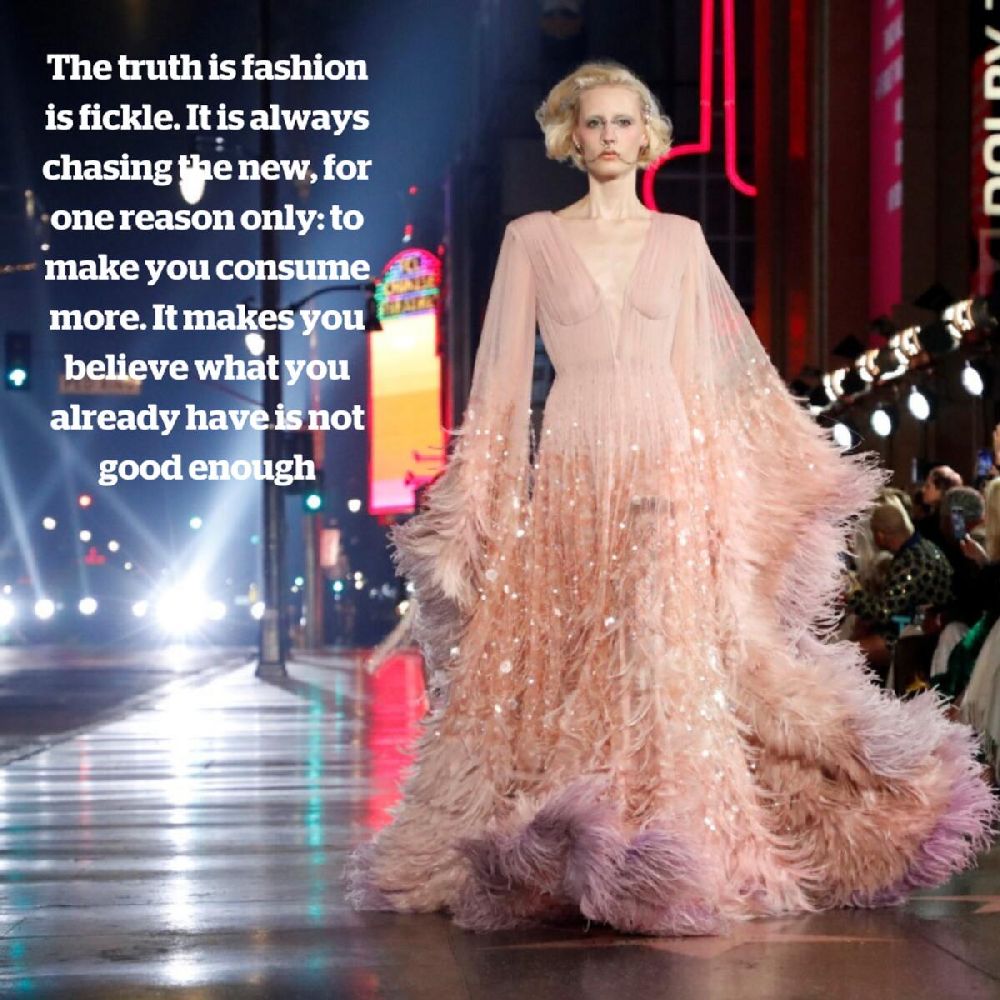 Fashion only applauds creativity when it is good for the bottomline. Gucci proudly talks of its heritage and the brand is indeed now over a century old, but you can expect another U turn in its design direction to happen soon. The truth is fashion is fickle. It is always chasing the new, for one reason only: to make you consume more. It makes you believe what you already have is not good enough.

While fashion folk were gasping over the Gucci news, another brand from Kering Group found itself in hot water. The Balenciaga holiday campaign, featuring photos of young kids holding teddy bear bags dressed in bondage gear, was condemned on social media, with celebrities and cultural opinion leaders calling out the brand. To make things worse, unsettling documents concerning child pornography Supreme Court ruling were used as props. While the brand immediately apologised and said they were looking into the matter, many believed they wanted to create controversy.

In response to an Instagram post on the matter, Brianboy, fashion influencer and editor in chief of Perfect magazine, said, “Calculated and staged, backlash anticipated and welcomed, but not the extreme gravity of it. Just my 0.02.” The brand has now sued the production company behind the campaign for US$25 million saying they are to blame. But that fact is Balenciaga signed off on the campaign, and as fashion influencer Tina Chen Craig has said in an Instagram reel, “Clearly, some (or MANY people) at Balenciaga approved it.” And back here the founder of Shiffa Beauty, have also spoken about how Balenciaga is sampling “shifting the blame”. Many fashion influencers and fashion magazines have kept quiet, because no one wants to hold an advertiser/client accountable. Another reminder that at the end of the day it’s really just about making money.

What we need to remember is that fashion often uses artistry as a disguise to push products. In the end, it is a part of the US1.5 trillion-dollar apparel industry, the only constant in fashion is change. 2022 has ended on a heavy but eye-opening note for fashion. A reminder that fashion is not a kind industry. And that when you buy, try and look for independent brands, who of course need the support monetarily, they are more likely to think about people, planet, and philosophy as much as they spotlight the product.

Fashion
. R’Bonney Gabriel made history as she became the first Filipina American to win

Fashion
. In March this year, Nappa Dori opened up a shop in a prime

Fashion
. Clothes are a way of expressing one’s true self, as not only the

Fashion
. J Lo gave us serious summer fashion goals! Didn’t she? And since the

Fashion
. The Festive Season has officially begun and so has the excitement! NUMAISH Festive