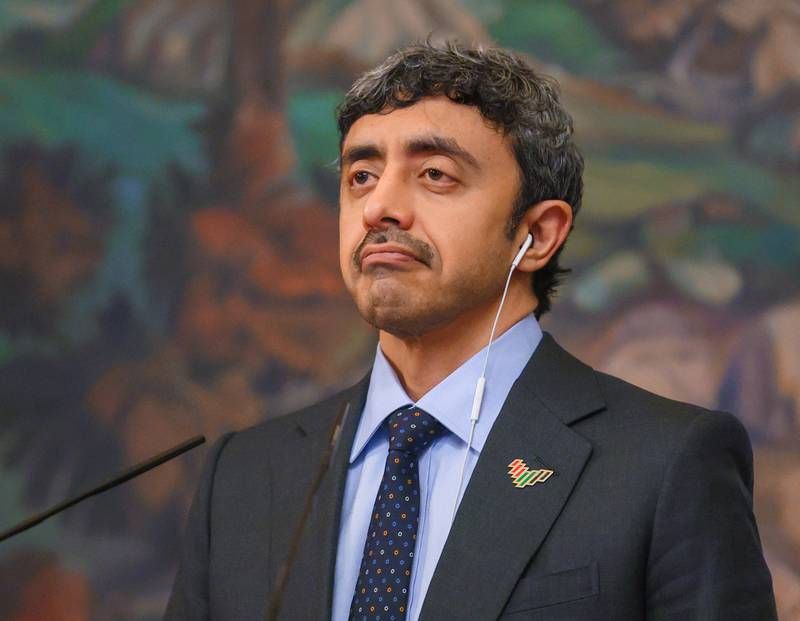 Ahmed Belhoul Al Falasi speaks at a government meeting in Abu Dhabi. He has been appointed Minister of Education. Rashed Al Mansoori / Ministry of Presidential Affairs

The UAE announced a shake-up at the Ministry of Education on Sunday, with new ministers chosen to improve education at all levels.

Sheikh Mohammed bin Rashid, Vice President and Ruler of Dubai, said the goal of the changes is to ensure graduates are well prepared for the workplaces of the future.

Three very accomplished people have been given the task of setting out structural changes across the system, with an increased focus on improving state schools and early childhood development.

Here are brief profiles of the ministers who will lead the Ministry of Education: 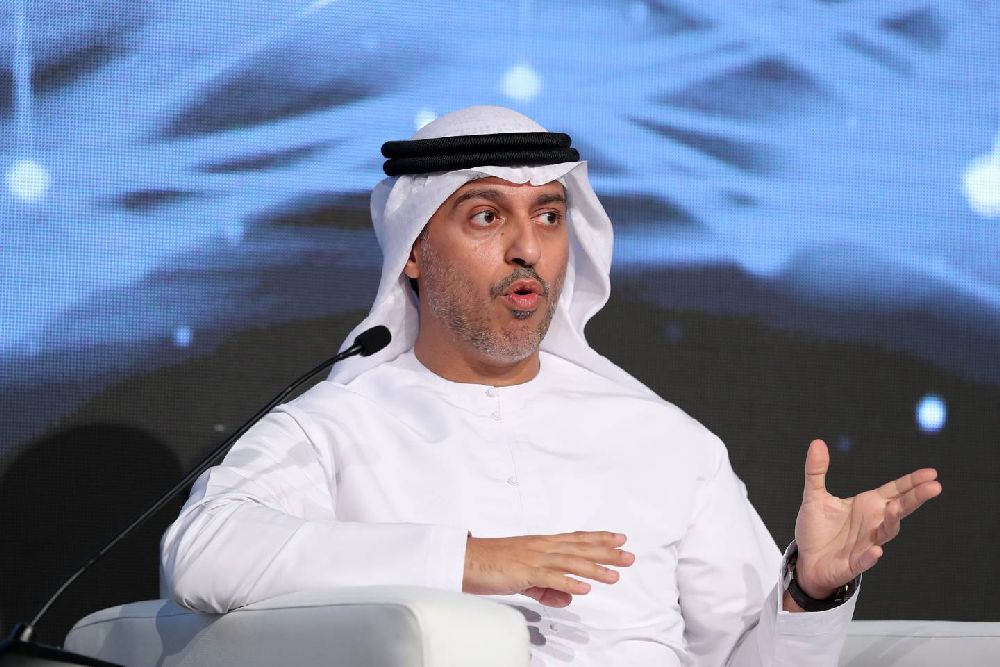 Ahmad Al Falasi is currently the Minister of State for Entrepreneurship and SMEs. Chris Whiteoak / The National

Ahmed Al Falasi will be the new Minister of Education, with responsibility for public and private schools and universities nationwide.

He is currently the Minister of State for Entrepreneurship and SMEs. He was appointed to the role in July 2020.

“One of our strengths is easy access to talent. We are not large like other countries, but we have a very strong infrastructure where entrepreneurs can incubate, scale and experience high growth,” he said.

“We are moving on from a traditional relationship between an employee and employer to a more flexible and fluid pool of talent … [and] that will be the engine of growth for entrepreneurship.”

Before this, Mr Al Falasi was the Minister of State for Higher Education. During his tenure he supervised the development of higher education and scientific research in the UAE.

He developed new policies for the sector and streamlined the work of higher education institutions. In October 2017, he was asked to ensure that Emiratis are equipped with skills for the future.

Mr Al Falasi is also the former chairman of the Federal Authority for Human Resources and Chairman of the board of directors of the UAE Space Agency.

He has held several positions in the past, such as chief executive of Masdar; executive director of Strategy and Tourism Sector Development at Dubai Tourism; vice president of the Mubadala Industry Unit, and consultant at McKinsey & Co.

Mr Al Falasi holds a PhD from Monash University, a master’s degree from the University of Melbourne in Australia, and a bachelor’s degree in communication engineering from Khalifa University in the UAE. Sarah Al Amiri is the Minister of State for Advanced Technology and was appointed chairwoman of the UAE Space Agency in 2020. AP

Sarah Al Amiri, an engineer who has led the UAE Space Agency during historic missions, including sending a probe to Mars and an astronaut to the International Space Station, will oversee public education and how young people are taught about technology. Ms Al Amiri is currently Minister of State for Advanced Sciences.

Sheikh Mohammed confirmed the appointment of Ms Al Amiri as Minister of State for Public Education and Future Technology and Chairwoman of the board of directors of the Emirates Schools Establishment.

She has been directed to develop an integrated and comprehensive plan to upgrade public schools.

At present, she is also the Minister of State for Advanced Technology and was appointed Chairwoman of the UAE Space Agency in 2020.

In 2009, she graduated with a bachelor’s degree in computer engineering from the American University of Sharjah.

Since then, she has held several titles, including chairwoman of the UAE Council of Scientists and manager of the space science section at the Mohammed bin Rashid Space Centre.

She has played a leading role in the Emirates Mars Mission as the deputy manager and science leader.

In a Cabinet reshuffle in 2017, she was appointed as the Minister of State for Advanced Sciences.

In a 2020 reshuffle, she became Chairwoman of the UAE Space Agency and was named Minister of State for Advanced Technology.

In March, she was included in the Time100 Impact Awards list and Sheikh Mohammed praised her for her achievement.

Ms Al Amiri was also selected as one of 50 young scientists who were honoured by the World Economic Forum in 2015. Her efforts in helping to develop the fields of science, technology and engineering were highlighted.

Sara Musallam, the Minister of State for Early Education Ms Musallam is currently Chairwoman of the Abu Dhabi Department of Education and Knowledge. She also holds several positions in leading entities in the UAE.

She has been promoting digital skills and coding skills in the classroom.

At the opening of 42 Abu Dhabi in September 2020, a coding school that has no formal classes and is free to attend, she said such initiatives were critical to the development of Abu Dhabi’s and the region’s technology talent.

“Coding is no longer reserved for ICT specialists. It is a universal language we must all speak to navigate the convergence of technology across industries operating in the global digital economy,” she said.

Under her leadership, in 2019, the management of a dozen government schools in Abu Dhabi was taken over by private sector operators.

These were called charter schools, which are free for their exclusively Emirati pupils who live in the neighbourhood where the school is located.

The first phase of the programme provided about 15,000 seats for new pupils in 2020, across 12 public schools, nine of which are based in Abu Dhabi city and three in Al Ain.