Why easy is the buzzword in men’s fashion 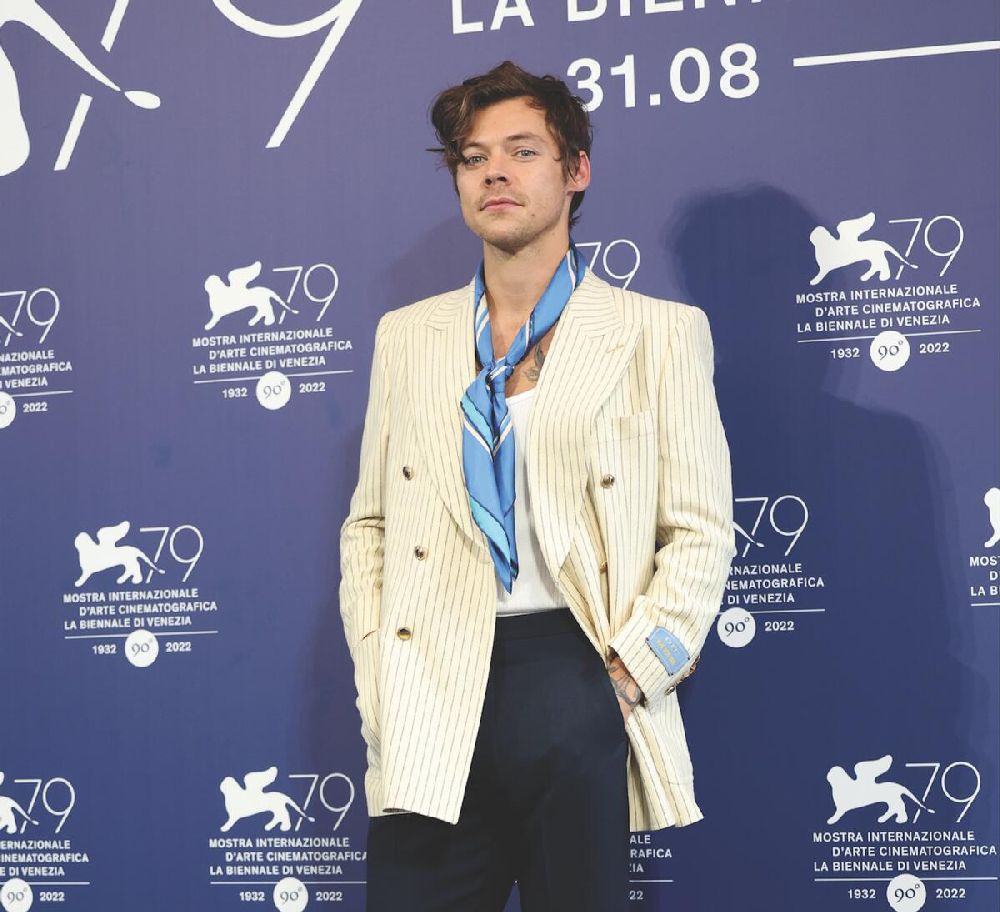 Post-Covid the world has been spinning and with the work-from-home culture taking precedence, an exciting segment has emerged — luxury streetwear. This has gently urged men to finally bid adieu to ties, cufflinks, pocket squares and the staid and predictable greys and blues. According to Businesswire, the global menswear market was valued at US$ 533.3 billion in 2021, and will reach US$ 746.9 billion by 2027.

Activewear and athleisure will rule, says Raffaello Napoleone, founder of Pitti Uomo, the biggest menswear show held in Italy twice a year. This is marked by Paul Smith launching a young line PS by Paul Smith with ergonomic cuts and Z Zegna by Ermenegildo Zegna, a millennial-friendly athleisure line.

At the recently concluded Arab Men’s Fashion Week, Lebanese designer Ahmed Amer showcased how wearing menswear with sporty knits is the future and used his talent as an illustrator to elevate simple ensembles. Dubai-based designer Zaid Farouki added handpainting with “I am Arab” on clothing that bridged the gap between traditional and modern. Inspired by Franz Kafka, French designer Louis Gabriel Nouchi offered sweatpants, played with volume and, of course, made sure white was omnipresent with tees.

Internationally, Dior’s Kim Jones intermingled sport/street looks, with knits, chevron stripes and corduroy, though what is stealing hearts is “double denim” — jacket with matching jeans, just what Louis Vuitton offered for FW/22. This was followed by a darker tone by Kenzo and Moschino added quilted patches to its beloved denim. The maverick Dries Van Noten added soft suits, minus the structure as men are now working from their bedrooms not boardrooms. However, hoodies and sweatpants are still the most preferred garments, as stretchy-and-comfortable is the mantra with machine washable blazers! Some designers are daring enough to add Barbie pink to men’s wardrobes like Dolce & Gabbana, while Etro embellished velvet for AW ’22, saying hello to shine. 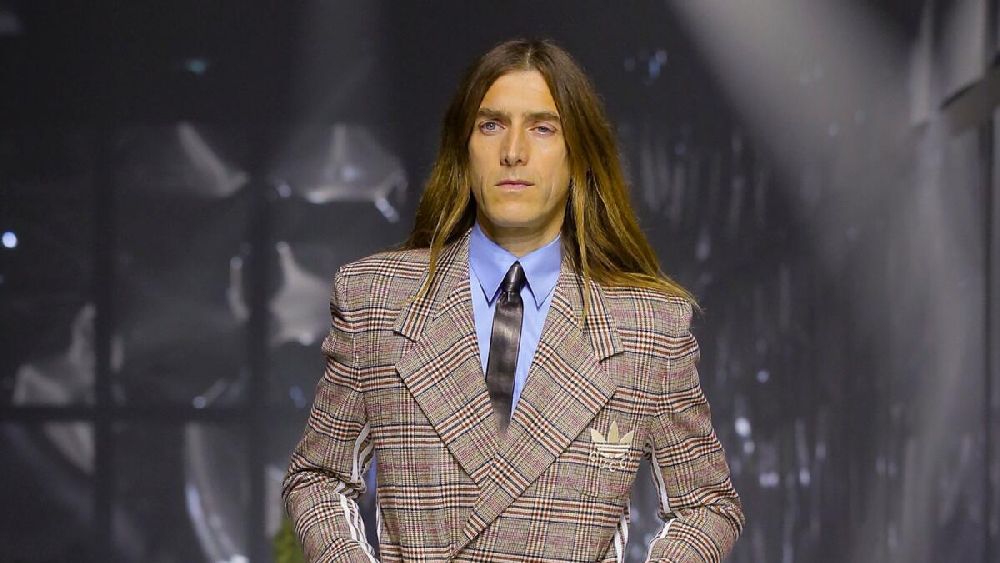 He attributes the recent menswear revolution to social media, and the inherent “selfie rage”. With the travel industry opening up after a downslide of two years, the desire for relaxed clothing has exponentially multiplied. There has been a marked change in fabrics too — soft linens, spandex, lycra and cotton blends, mostly moving away from heavy wool associated with this segment. Embroidered tuxedos, and this year, leather and leatherites have been added to up the ante, by Sachdeva, following greats like Prada. “There is a gender neutrality that is gripping this space — checks and stripes are passé, lace and sheer is on,” says Pawan.

Bolder prints, a mix of joggers and trousers, sports detailing, patterns cut away from the body, slouchy fits and varying lengths, are what you also see universally with what the coveted label Gucci showcases with its fashion-forward designer Alessandro Michele at the helm.

Menswear, an unsaturated market, has seen tectonic changes with hectic experimentation.With no set template, it is this aspect that makes it super exciting. That’s the reason why in 2008, the Fashion Design Council of India started a menswear week, with a three-day showcasing. It met with a lukewarm response, says chairman of FDCI Sunil Sethi, as men then were not ready for the giant leap. “This year at the LFWxFDCI fashion week in Mumbai, four menswear designers showcased their collection as this market is making the cash registers ring,” he explains. Sleeveless has been a norm with Erdem and its smart waistcoat styles emerging as a strong trend, he adds. In the Arab Men’s Fashion Week, the shift to robes and capes was evident, courting layering as the label Emergency Room told us to serenade sustainability with dead stock materials.

The fantastic Fendi put pearls on men along with tiny bags and Shantanu Mehra of the label Shantanu and Nikhil admits military detailing, pleats and pin tucking are now the coolest ingredients for menswear. “Sporty is the new chic intermingled with minimalism. Men want no- fuss clothing that can take them from day to night and doesn’t require too many changes. They want just a few additions like an interesting jacket for the evening, if they are out for dinner with friends,” says Shantanu. 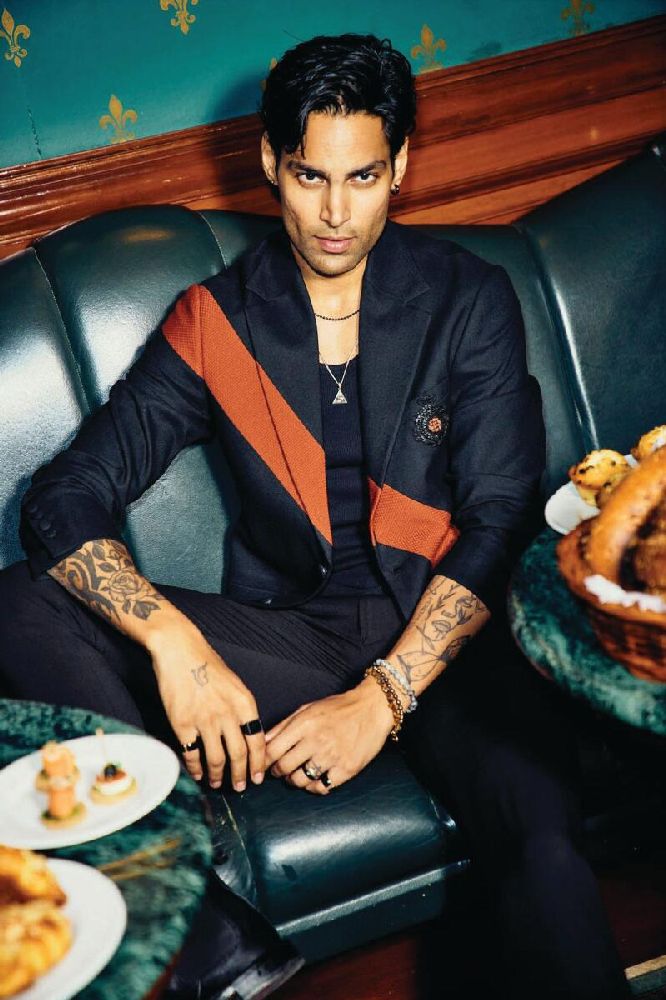 They are now daring enough to attempt layering, brooches, badges, and have woken up to even typography on tees, or varsity tees (like Burberry and Rhude) as a form of self-expression. “There has been a culture of rebellion in menswear dressing, with Gucci, Balenciaga and Prada making streetwear potent. There is also a bit of irreverence in this non-crowded space, as material explorations are consistent with attempts to find something that offers functionality and fun. Thus, knits and ‘liquid cotton’ that moves along the body providing unmatched comfort to the wearer, like Ralph Lauren, are preferred,” he adds.

Covid has been a gamechanger: the briefcase has now been replaced with the knapsack, duffels, and slings, crossbody bags, baseball caps and beanies have ushered in casual-ness. The whole tonality is less masculine. “Everything has kind of loosened up,” says menswear designer Shyamal Shodhan. Men are game to wear dusty pinks, mint greens and aspire to stand out. Take the example of English songwriter and One Direction bandmate Harry Styles who can be seen wearing skirts with jackets on the cover of Vogue US, photographed by Tyler Mitchell, channeling androgyny.

Most recently, US actor Timothee Chalamet, made history by being the only male star to be featured on the cover of British Vogue in 106 years. Known for his unconventional fashion choices, he was photographed wearing a pearl necklace.

Styling in menswear has become a trendsetter and the brain behind Styles’ look is the talented Harry Lambert, who is known for his intrepid choices. Therefore, you see Styles in ruffled shirts, acidic slacks, sequined jumpsuits, faux fur boa, polka dots and canary yellow pant-suits.

“Men are ready to take risks even in occasion wear, so we have added oriental touches, collar variations, embroidered buttons and placket detailing. The wave is leaning towards clothes which can be worn as separates,” says Shyamal. He confesses that for the last 10 years he has not given ties to men, but a stole or scarf. The key is the change in psychology — they take a keen interest in what they would like to wear. “They are deciding, not their wives, girlfriends or mothers,” he smiles.

Raghavendra Rathore studied womenswear at the Parsons School of Design, US, but when he began his journey in 1994, he soon realised a few years later that it was actually menswear that fascinated him. Seeing the predictable herringbone, plaid and heavy wool, he aspired to offer experimental clothing with a global appeal. Thus he started the blueprint of reviving the jodhpurs and bandhgala, which is now a staple for men all over the world. Jeff Bezos loves wearing this silhouette, though from Paul Smith to Canali many global design houses have discovered the power of the bandhgala. 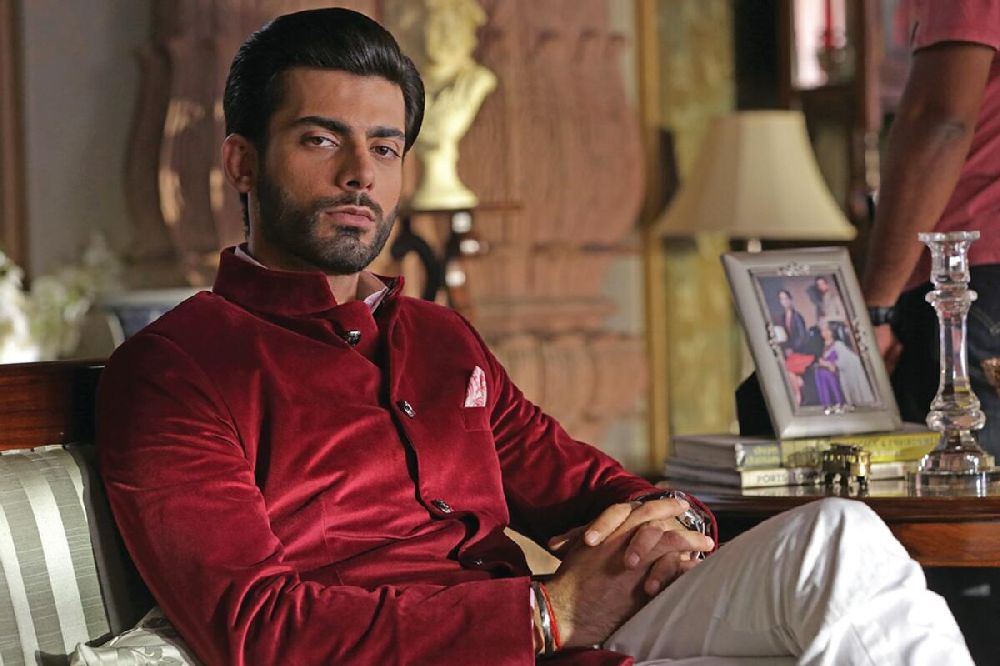 “It is the time for boat shoes, keds, a well-invested shirt, softer materials like Ermenegildo Zegna uses. It is goodbye to structured looks in menswear,” says Rathore. He believes menswear is personality driven, as men are working for start-ups and from home rather than glass cabins. “You can team up a Uniqlo tee with a pair of Versace jeans in sustainable fabrics, ending the polyester culture,” he concludes.

However, it seems negotiations between Ford and Pinault broke down. Years later Ford spoke about his exit to a leading fashion publication stating the reason he left was “control”. For two years...

. In March this year, Nappa Dori opened up a shop in a prime location at Alserkal, Dubai’s dynamic art district. The lifestyle brand was born 11 years ago in a scooter...

. Clothes are a way of expressing one’s true self, as not only the young but even older generations are finding their unique style that speaks to them and shows the world...

Ahead of the festive occasion of Diwali — a much-revered Indian celebration and a spiritual ode to good over evil — we spoke to Khosla on everything spanning from why she resonates...

What made Elsa Schiaparelli a designer ahead of her time? A retrospective of her works has the answers

. Though fashion industry titan Gabrielle ‘Coco’ Chanel dismissed her rival Elsa Schiaparelli as “that Italian who makes clothes”, later couturiers recognised the Italian designer as one of the most influential figures...