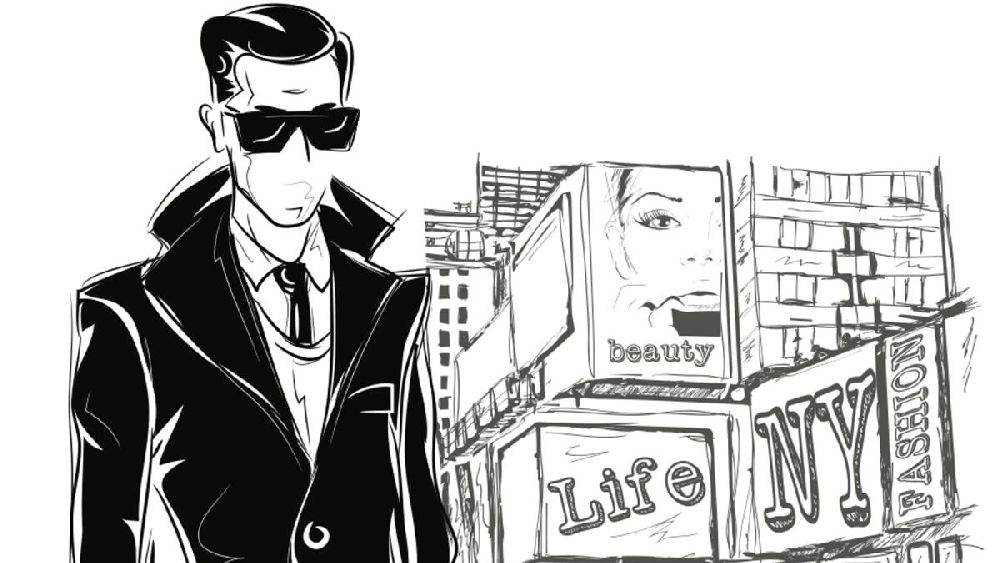 Why Dubai is the perfect playground for edgy and experimental fashion

I noticed the slender, middle-aged man while waiting for the ‘Train to Centrepoint’ to trundle into Platform 1 of the metro station. He was sitting on a chair, sunglasses in place, so I couldn’t see his eyes. I probably noticed him more because he didn’t have a smartphone in his hand. He had a string of prayer beads instead, his fingers moving from one to the other, while his face seemed inscrutable — thanks to the aforementioned shades — even though he wasn’t wearing a mask. Who wears shades inside the station, I’d have normally thought. And scoffed — silently, obviously. But I didn’t. I realised why. The man was incredibly well-put-together. Ensemble-wise. Tan trousers. Ochre round-necked T-shirt. Low-top, soft-soled shoes. A super-natty messenger bag slung casually.

Dubai is mostly full of people who dress well. I usually don’t notice them (maybe because modish-ness is a given almost everywhere), but this one I did. Something very mindful about him: the colour coordination was like a dream and everything seemed to sit easy on him.

As the train chuffed in, we entered the same almost-empty compartment, and I took the seat opposite him, at the front (the ones that say ‘priority seating’). It was only when the train slunk out of the station unit and pranced into sunlight that I started reading the brand insignias. His watch was Omega. The messenger bag was Canali. The sunglasses were Tom Ford. The rest I couldn’t see.

Now here’s the thing. I didn’t — not for a moment — assume he’d be swathed in haute titles when I first spotted him. I only thought he was remarkably well turned out, and that he has tremendous aesthetic sense. Would I have thought lesser of the fashion icon sitting in front of me if he was flaunting brands from the supermarket instead of an upmarket arcade? I don’t think so.

And yet, why is it mostly mandatory for someone to be labelled a ‘showstopper’ only if they have designer elements on them?

And that’s when I remembered the Veblen Effect. Thorstein Bunde Veblen was a Norwegian-American economist and sociologist, who, more than 120 years ago, talked about the phenomenon of conspicuous consumption in his book The Theory of the Leisure Class. The Veblen Effect later became an extrapolation from this. Good are classified into two: normal goods and Veblen goods. Veblen goods are those whose “quantity demanded by the market increases as the price increases. This relationship is the opposite of most goods”.

The most critical part of the argument is that ‘normal’ goods work just as well as Veblen ones — but we still judge their lack of creditworthiness. According to a blog on monash.edu, “[The Veblen Effect happens due to] Abnormal market behavior where consumers purchase the higher-priced goods whereas similar low-priced (but not identical) substitutes are available. It is caused either by the belief that higher price means higher quality, or by the desire for conspicuous consumption (to be seen as buying an expensive, prestige item).”

I was half hoping that the man in the metro wouldn’t be a Veblen goods show-caser. Alas, he was.

Why Dubai is the perfect playground for edgy and experimental fashion

. Fashion designer Michael Lombard has opened up his first flagship luxury store in the Middle East at Dubai Mall’s Fashion Avenue amidst powerhouses like Gucci, Balenciaga, YSL, and Louis Vuitton. He...

. From an Indian mother’s worst nightmare, as she proclaims in shame, “second-hand clothes?”, or the American hipster teenager who sells his belongings out of his garage to make a few extra...

Handmade shoes Philippe Anders – traditions, uniqueness, style. In the age of mass production, we create shoes in which you can see a master's hand and soul. Andrey Anders - founder of...

. Last December when Alicia Keys made an appearance at Expo 2020 Dubai, she wore a striking belted robe in a bold-hued geometric print. Modern yet modest and at first glance, it...

. Not long ago, athleisure was a daring fashion choice, then it emerged as a trendy, must-follow one. But in 2022, what do we even call the trend of slipping into leggings,...