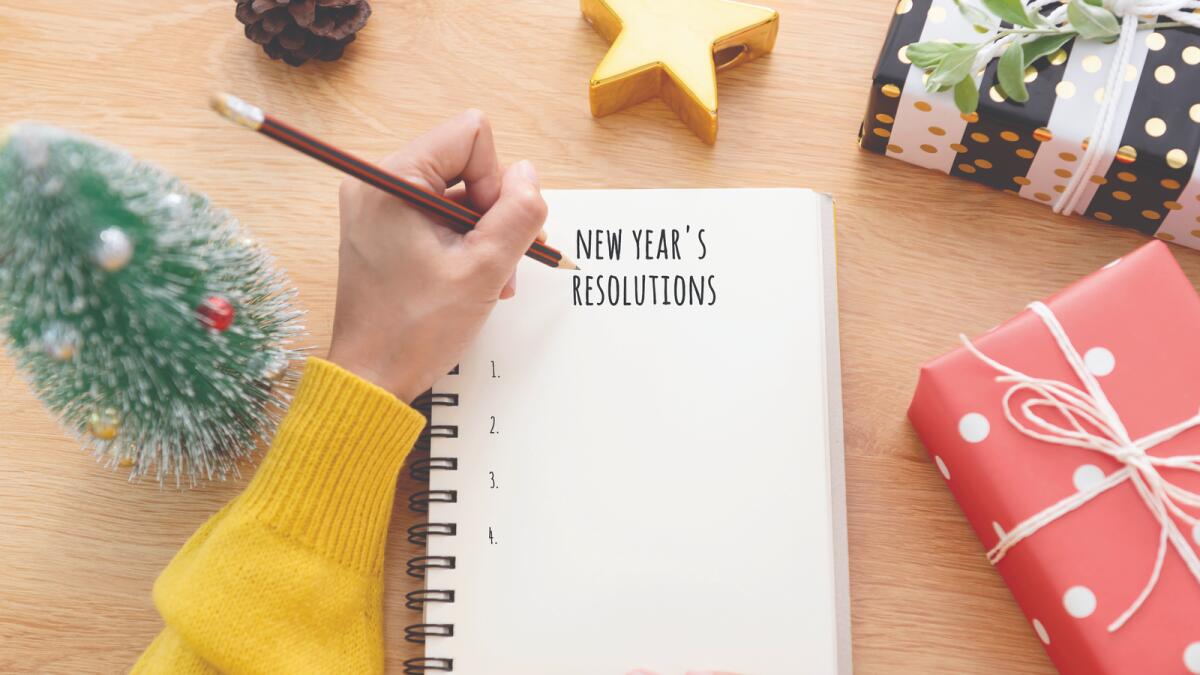 If resolution makers wanted a patron saint, they could do worse than Samuel Johnson (1709-84), a lifelong resolver and by his own admission a lifelong failure at keeping his resolutions. Reading his diaries, we may sigh in recognition as time after time — at the New Year, at Easter and on his birthday — Johnson renews his intentions to rise early, to be more studious, to be more moderate in his intake of food and drink, and laments his neglect of those same intentions in the year past.

“I have now spent 55 years in resolving,” he wrote on his birthday in 1764, “having from the earliest time almost that I can remember been forming schemes of a better life. I have done nothing; the need of doing therefore is pressing, since the time of doing is short.”

I have these words in mind as I greet a New Year that will mark my 70th birthday by yet again resolving, as Johnson did, to rise earlier, resist hurtful thoughts and keep a journal. I’ll also resolve to check my email less compulsively and my blood pressure more often. To reduce the amount of sodium in my diet. To be a more faithful friend and a more attentive parent and spouse. To listen more than I talk.

Over the years Johnson made readjustments to his program, especially to his rising time, a perennial challenge for someone prone to indolence, chronic depression and late hours. “I have, all my life long, been lying till noon,” he remarked to a dinner host, “yet I tell all young men, and tell them with great sincerity, that nobody who does not rise early will ever do any good.”

Those young men (and women too, several of whom he helped toward publication) must have laughed among themselves at all that their habitually late-sleeping mentor had managed to accomplish in spite of his own advice.

They would have cited his elegant Rambler essays, his groundbreaking edition of Shakespeare’s plays and his monumental “A Dictionary of the English Language,” remnants of which survive in any dictionary you’re likely to pick up today.

It’s now commonplace in English literature courses to speak of the mid-to-late 18th century as “the age of Johnson.” His contemporaries would not have been surprised.

For Johnson, however, the critical question was not whether he’d accomplished great things but whether he’d accomplished them in proportion to his talents and his limited time. He was hyperconscious of mortality — on his watch was engraved “The night cometh, when no man can work” — and painfully frustrated by his seeming inability to keep the simplest promise to himself. Like almost everyone I know, he felt he should be accomplishing much more than he did.

After so many failed attempts, why even bother? Is there a person who hasn’t faced another year, another birthday, by asking the same thing? Johnson put the question to himself in 1775, when he was 65 years old:

When I look back upon resolutions of improvement and amendments, which have year after year been made and broken, either by negligence, forgetfulness, vicious idleness, casual interruption, or morbid infirmity, when I find that so much of my life has stolen unprofitably away, and that I can descry by retrospection scarcely a few single days properly and vigorously employed, why do I yet try to resolve again?

I try because Reformation is necessary and despair is criminal. I try in humble hope of the help of God.

Amid so much lament it’s easy to miss the one resolution Johnson did keep, though to my knowledge he never wrote it down: the resolution to continue resolving. You can see that doggedness as an exercise in futility on Johnson’s part, but I prefer to see it as an act of charity toward himself. If Johnson is known for anything besides his literary accomplishments and his quotable remarks, it is his charity.

He housed a motley assortment of needy dependents under his own roof. He pressed pennies into the hands of indigent children sleeping on the London streets. His almsgiving was so well known that he could scarcely leave his lodgings without being accosted by beggars. What was the point? A friend once asked him. “To enable them to beg,” he said.

Johnson’s determination to resolve in spite of his failures is undoubtedly an explanation for all he managed to achieve. It’s not hard to find parallels in other great lives and in our own lives as well. His was the familiar case of two steps forward and one step back, a halting progress, to be sure, but progress nonetheless.

Johnson’s personal struggle is worth remembering not only as we form private resolutions to be better people but also as we ponder those collective resolutions repeatedly broken, and in some cases yet to be made, to confront such evils as environmental destruction and systemic racism. Johnson himself called us out on the latter when he notoriously responded to the nascent American Revolution by asking: “How is it that we hear the loudest yelps for liberty among the drivers of Negroes?”

A conservative in many things, a self-proclaimed Tory opposed to the purportedly more progressive Whigs, he detested colonialism and once scandalized “some very grave men at Oxford” by proposing a toast “to the next insurrection of the Negroes in the West Indies.”

Johnson the maker of resolutions and incendiary toasts was also a composer of solemn, poignant prayers. In fact, almost all of his resolutions were accompanied by at least one prayer of his own composition. A variously worded phrase that often recurs in these prayers — approximately as often as his resolution to “rise early”— is “God … who hast permitted me to begin another year.” Religious or not, most of us know that heady sense of reprieve and possibility implicit in the mention of “another year.”

I’ve made it this far. I’m not dead yet. I still have a chance — if only to take better care of those for whom “another year” means another term of misery. Johnson seems never to have lost sight of that chance. He saw it all around him, sleeping in the ashes, collapsed in the mire, and he seized it with compassion. How much happier this New Year would be if we resolved to do the same.

This article originally appeared in The New York Times.