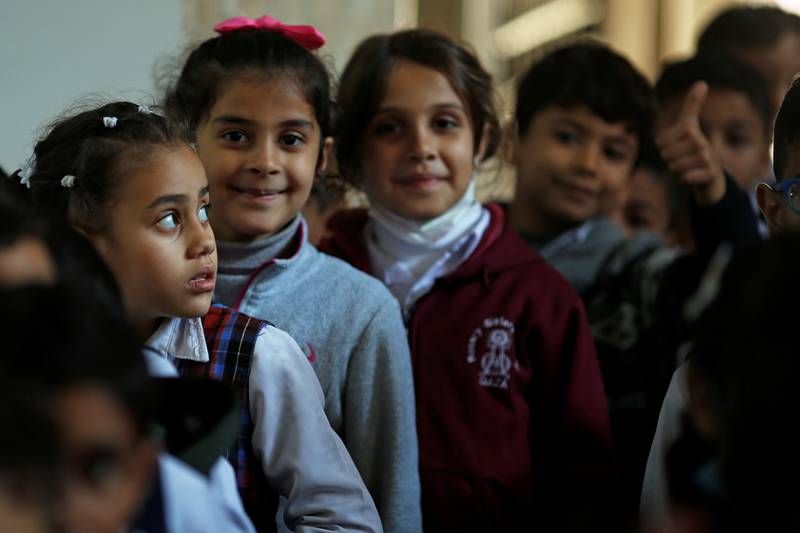 Palestinian students in Gaza City. While Palestinian children can expect to complete 12.2 years of schooling, they are only learning the equivalent of eight years, says World Bank. Reuters

The World Bank approved an investment of $20 million into the Palestinian education sector as part of its multiphase programmatic approach to support an eight-year scheme that addresses key education challenges in the occupied West Bank and Gaza.

While Palestinian children can, on average, expect to complete 12.2 years of schooling, they are only learning the equivalent of eight years, the World Bank said in a statement on Monday.

Seratac, which has an overall envelope of $60m, aims to tackle the root causes of poor quality education through a long-term, systemic approach.

“We are proud to adopt a long-term investment in the Palestinian education sector, the first multi-phase programmatic approach in the education sector at the World Bank,” said Kanthan Shankar, the global bank’s country director for the occupied West Bank and Gaza.

“Not only does it ensure a nationwide visible impact on learning outcomes, but it also provides equal opportunity for every child performing below grade level. Through this progressive education reform agenda, we share the common goal with the Palestinian Authority to develop and unlock the full potential of its human capital.”

The Covid-19 pandemic hit the education sector in Palestine hard, with access worsening for all the 1.3 million pupils, the World Bank said in a separate report.

“E-learning channels leave behind the most vulnerable children, and therefore the ministry adopted the cohort system dividing children into two small groups to receive face-to-face instruction at school at least three times per week,” it said.

In October, the United Nations Relief and Works Agency for Palestine Refugees in the Near East (UNRWA), which supports the education of children in schools, appealed for $120m in funding to keep 550,000 children in school, provide health care and pay salaries for its 28,000 staff members.

The education sector needs an “extended engagement to fulfil the promise of human capital”, the World Bank report said. 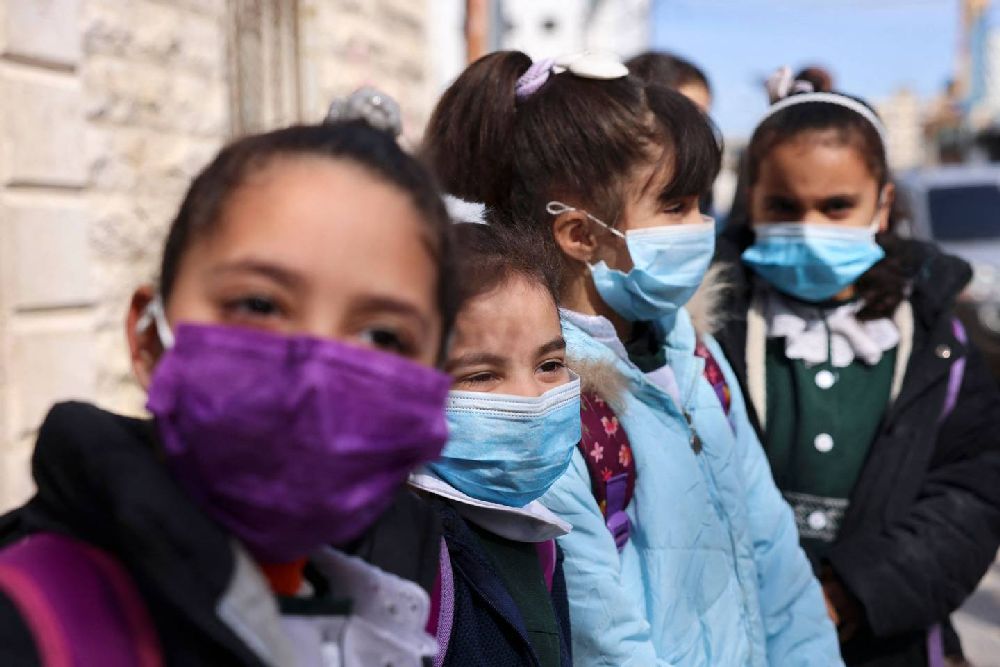 Seratac will support the Ministry of Education’s efforts to raise foundational skills of Palestinian primary schoolchildren through improvements to early grade Arabic language arts instruction (reading, writing, speaking, and listening) in Grades 1 to 4 and the promotion of positive school and classroom climates.

The programme will also strengthen pupils’s science, technology, engineering and maths (Stem) skills through improved pre-service and in-service teacher training and the roll-out of an adaptive learning initiative.

“Gradually, these components will build towards the long-term vision of Seratac: a first cohort of Palestinian students who have completed a course of high-quality general education and is ready to enter the labour market or tertiary education on a strong footing. Education should be a race where everyone wins,” said Samira Nikaein Towfighian, a senior economist at the World Bank and co-task team leader.

“After a decade-long absence from international large-scale assessments, West Bank and Gaza will be able to construct comparable trends in Palestinian student learning outcomes over time that continuously inform policymaking and provide essential information on which to base decisions regarding school and system improvement, focused on the central goal of student learning”, said Samira Ahmed Hillis, World Bank’s programme leader for human development and co-task team leader.

Palestine’s economy is largely dependent on foreign aid and grants, and in May last year, the World Bank approved a $30m development policy grant to support digital initiatives in the country to strengthen its economy and improve governance.

Earlier this month, the International Monetary Fund said that Palestine’s economy is recovering from the pandemic-induced recession and grew an estimated 6 per cent in 2021 overall. But the economy in Gaza, which is under an Israeli blockade, is estimated to have grown by only 2 per cent.

Despite the recovery, Palestine’s gross domestic product is projected to reach its pre-pandemic level only by the end of 2023, because the economy faces a “fiscal crisis”, the IMF said.