World Cup 2022: The best fan zones in Dubai to catch all the action

The countdown is officially on. This November, football fever will take over not just host nation, Qatar, but the whole world when FIFA World Cup 2022 Qatar begins.

Whether you would rather a mince pie and mulled wine or a Michelin-star meal, you can cheer on your home country while also enjoying an exciting mix of entertainment, food, drink, and an electric atmosphere. 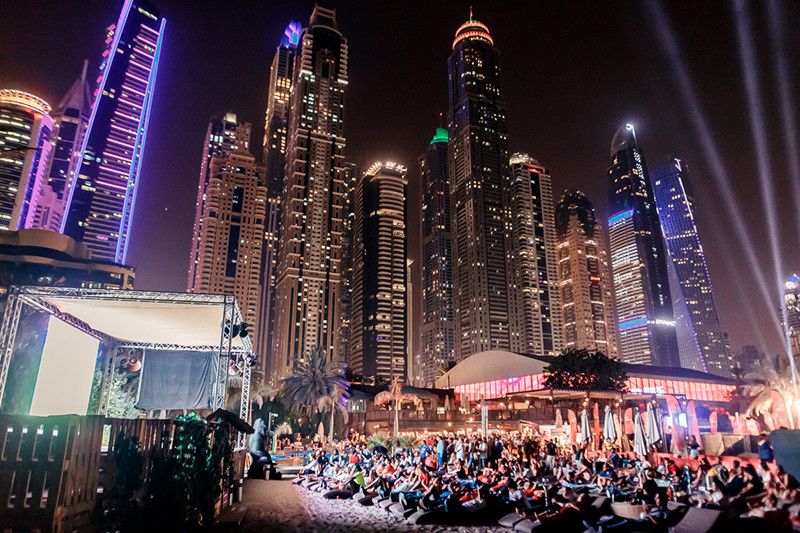 Popular sports bar Barasti is screening every game on a huge 12x7m screen at their epic fan zone on the beach. Fans can expect live BBQ stations, food counters, flame throwers, laser shows, incredible drink deals, games, and entertainment. Entry to the fan zone is free with tables and seating on a first come first serve basis but if you’d rather reserve the best seats you can pay Dhs350 upfront and receive the full amount back on food and drinks. 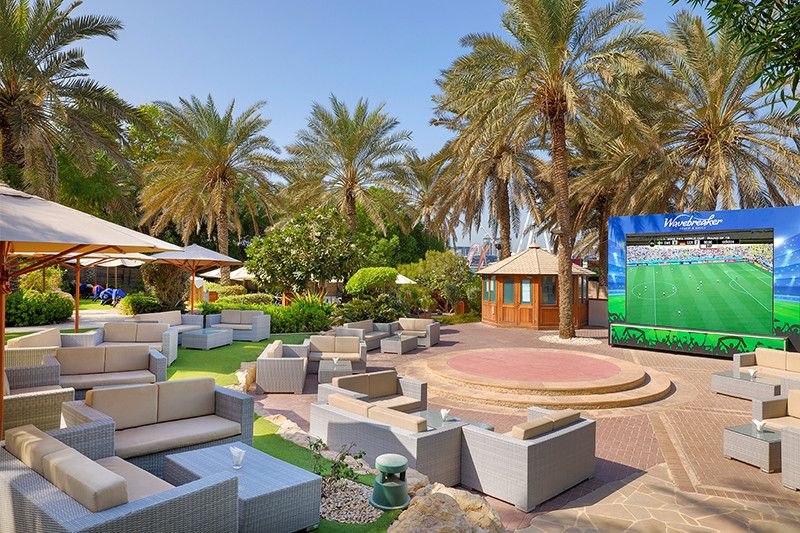 The Hilton Dubai Jumeirah is going all out this winter with four licensed areas dedicated to the football fans. The four areas include: The Beach, Tiger Bar, Wavebreaker, and the private garden. From a mega screen on the beach and a backdrop of Ain Dubai, to a private garden, and even live BBQ stations, the hotel has somewhere for all kinds of football fans, even the children. The hotel will soon be sharing an exciting entertainment program which will run throughout the duration of the games, including live music and kids activities. 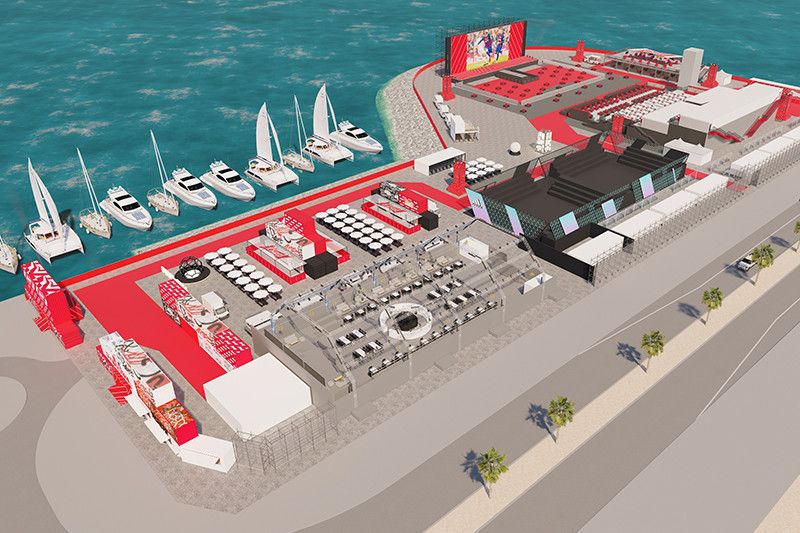 One of six official FIFA events worldwide, the 22-day fan festival will take place at Dubai Harbour and will be filled with exciting activations, live performances, games, and a next-level viewing experience with 4D surround sound. From Sunday, November 20 to Sunday, December 18, the purpose-built stadium experience will take place at Dubai Harbour, starting two hours before kick off each day until 3am. Tickets are now available online with general admission tickets at Dhs78.75 and premium tickets priced at Dhs131.25 which includes premium access to bars and the Premium Zone. 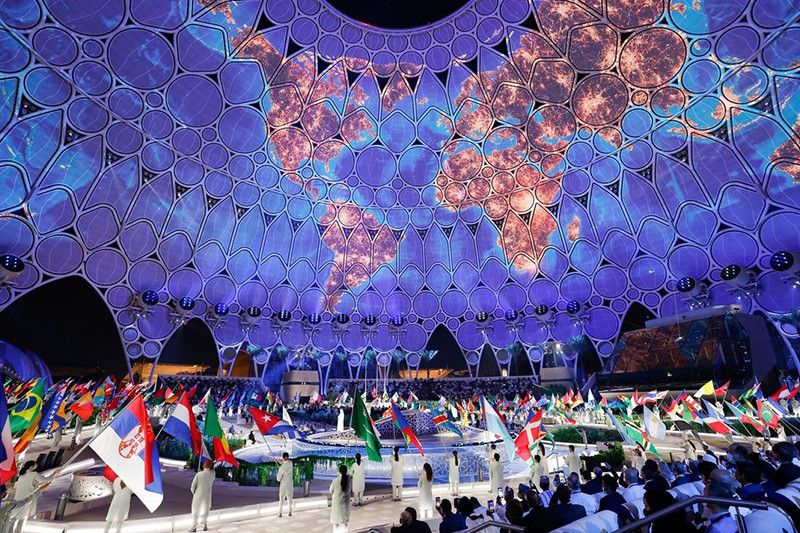 Promising a festival-like family atmosphere, Expo City Dubai welcomes football fans of all ages to two unique zones: Jubilee Park and a more deluxe experience at Al Wasl. While Jubilee Park will open when the tournament commences on November 20, Al Wasl Plaza will open from the first round of knock-out stages on December 3.

Al Wasl Plaza will offer an immersive game experience with in-game graphics projected across Al Wasl dome, as well as team anthems, a flag-raising ceremony, and pre- and post-game entertainment. 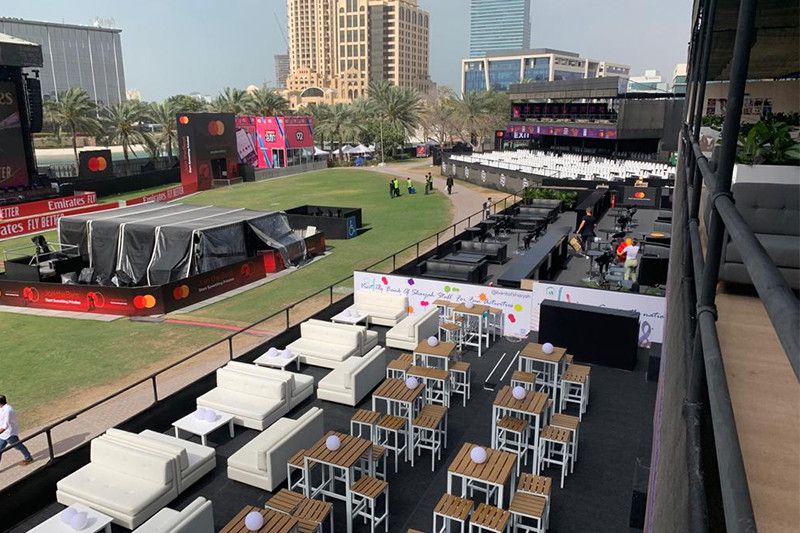 McGettigan’s and DGT Events are taking over Media City Amphitheatre to bring fans an epic open-air fan zone and winter festival for the whole family. Because you can’t have a World Cup in December without an appearance from Santa, right? With the largest screen in the UAE, the fan zone promises much more than just football including an array of entertainment, food and drink, and the option to book picnic tables and VIP booths. On the far side of the fan zone, the snow-covered winter festival will bring the magic of Christmas to life with Santa’s grotto, an ice-skating rink, Christmas markets, and more. 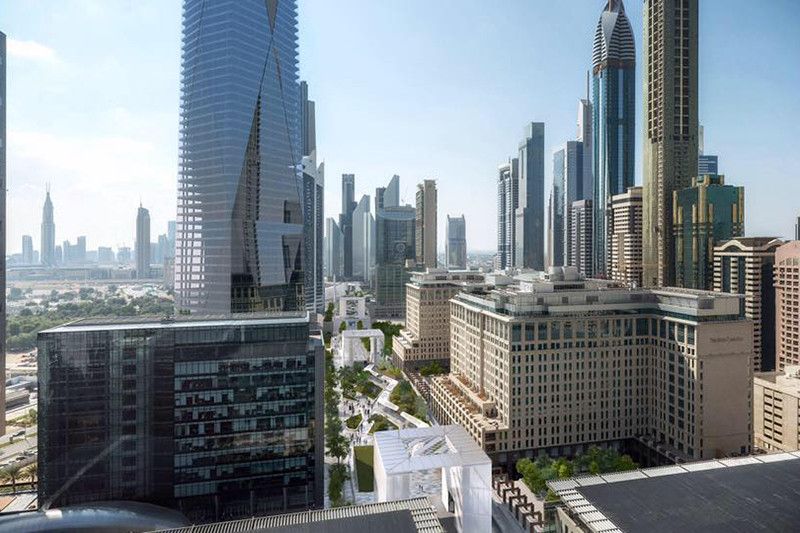 The Football Park Fan Zone in DIFC will offer a unique and premium way of experiencing the world’s greatest football tournament, opening to coincide with the month-long event. Located on the podium level of Gate Avenue, in front of a huge screen, The Football Park will host Michelin-starred restaurants, a butler service, and a concierge for fans wanting to watch the matches in style. Prices have not yet been announced, but will be revealed when bookings open on September 15. 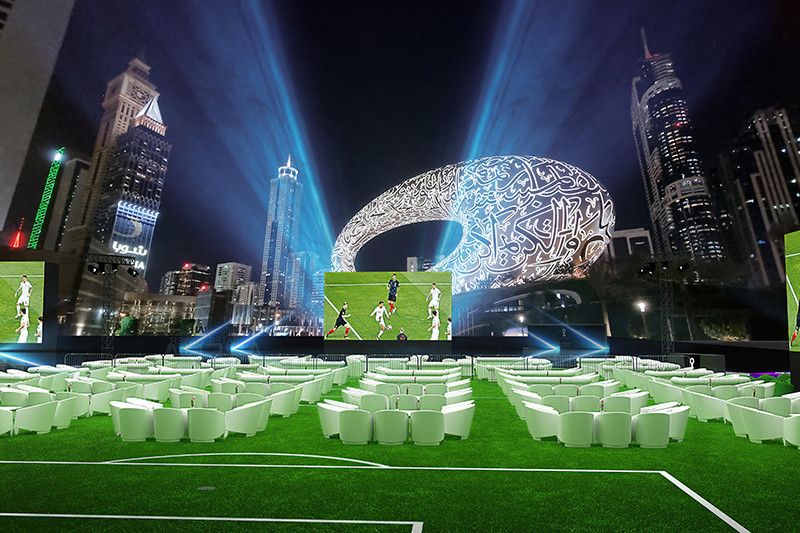 With the incredible backdrop of the Museum of the Future, this outdoor arena will seat up to 500 football fans each night, with huge screens, private VIP lounges and delicious food. From Sunday November 20 to Sunday December 18, all football fans can watch kick off at this new fan zone located in the heart of Downtown. Located on the ground-floor of the Plaza Terrace, Emirates Towers Arena will offer a more refined football experience; however the football camaraderie will still be at an all-time high.

Throughout the game, fans will be able to choose from a decadent menu of international cuisines and stand-out dishes to keep them energised until the final whistle. As if that wasn’t enough, award-winning hospitality company 7 Management will curate a one-of-a-kind entertainment experience throughout the month-long festivities. 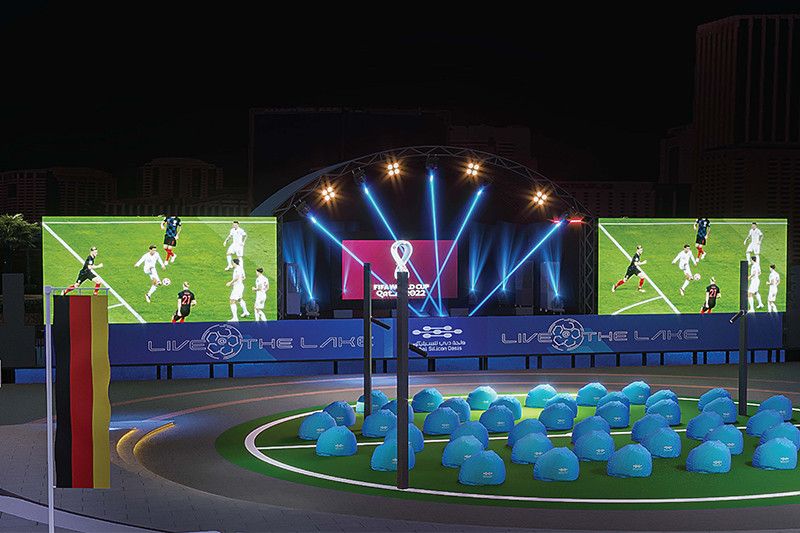 Where to watch the FIFA World Cup in Dubai

If you are a resident of Silicon Oasis or surrounding neighbourhoods, this one is for you. Live at the Lake, located at Dubai Digital Park, will be a family friendly fan zone with 2 large screens, a stage for entertainment, and a game zone including football jumble and more. OUI Bar + Terrace will also have an outdoor pop-up as well as their indoor local favourite which will be showing all the games with special drinks deals, happy hours, and a game time grub menu. 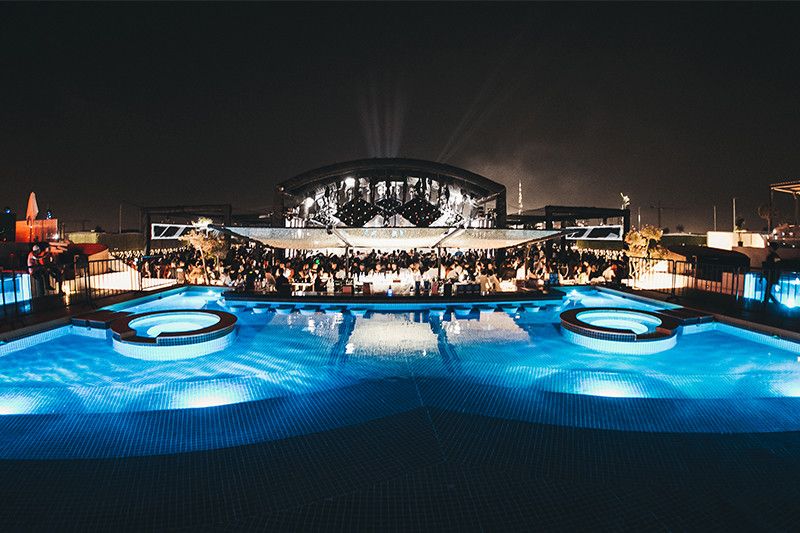 The Mega Fan Zone at Soho Garden, Meydan will be open from Friday, November 21 to Sunday, December 18 and will be covered in big screens for loyal fans to catch all the excitement and thrills of every game. With a capacity of 3,000 people, the licensed venue promises plenty of competitions, entertainment, live performances, games, and DJs. Watch every goal and tackle on the big screens from exclusive VIP booths or picnic tables.