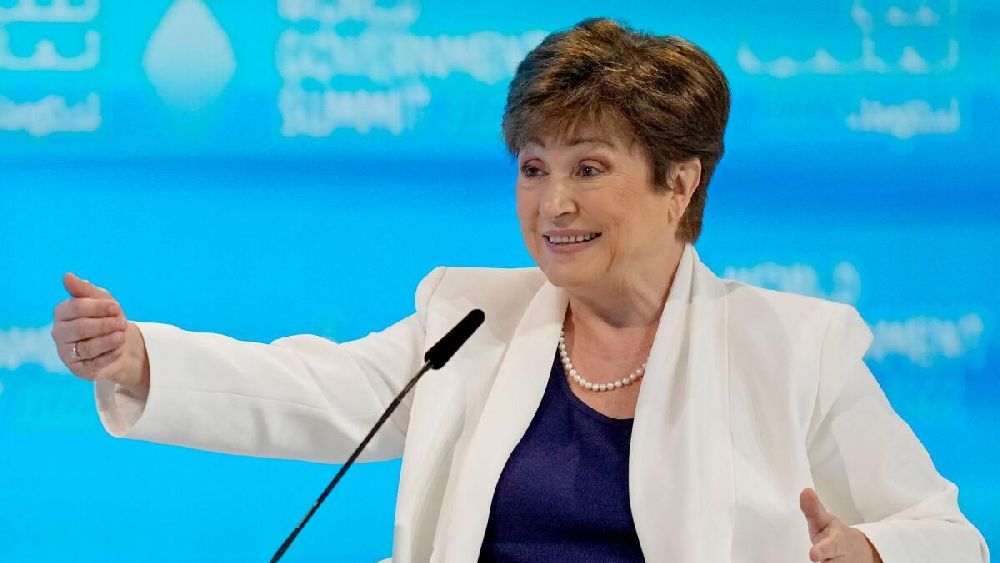 The International Monetary Fund (IMF) on Wednesday asked the Middle East and Central Asian (MECA) countries to drastically reduce carbon emissions as climate disasters in the region have injured and displaced seven million people and cause more than 2,600 death per year on average.

At the launch of the “Feeling the Heat” report at the World Government Summit at Expo 2020 Dubai on Wednesday, Kristalina Georgieva, managing director of the IMF, said the climate change disaster causes $2 billion in physical damages to the MECA region.

“We also know that extreme weather events typically cut annual economic growth by 1-2 percentage points per capita. In the Caucasus and Central Asia sub-region, the event caused a permanent loss in the GDP level of 5.5 percentage points,” Georgieva said.

“Today’s climate challenges are already exacting a heavy toll. And we know our planet is set to keep on getting warmer. Even accounting for significant global cuts to emissions, by 2050, average summertime temperatures could exceed 30°C in half of the region’s countries,” came a stark warning from the IMF head.

IMF chief warned that climate shocks over the next decades are going to present a daunting challenge for all nations.

“With just 1.1°C of warming is what we are experiencing today. We already have half of the global population facing water shortage and this problem is strongly felt in this region. We know that frequency in the severity of climate events has intensified and this is particularly dramatic when it comes to droughts, floods and hurricanes in more vulnerable communities and poor countries.”

IMF report estimated that extreme weather events in a typical year shave out GDP per capita income by 1 to 2 per cent.

“We ought to stabilise global temperatures by dramatically cutting CO2 emission. We are not in the best of places. We have to cut emissions in this decade by 50 per cent if we want to keep 1.5°C maximum as an objective,” she said.