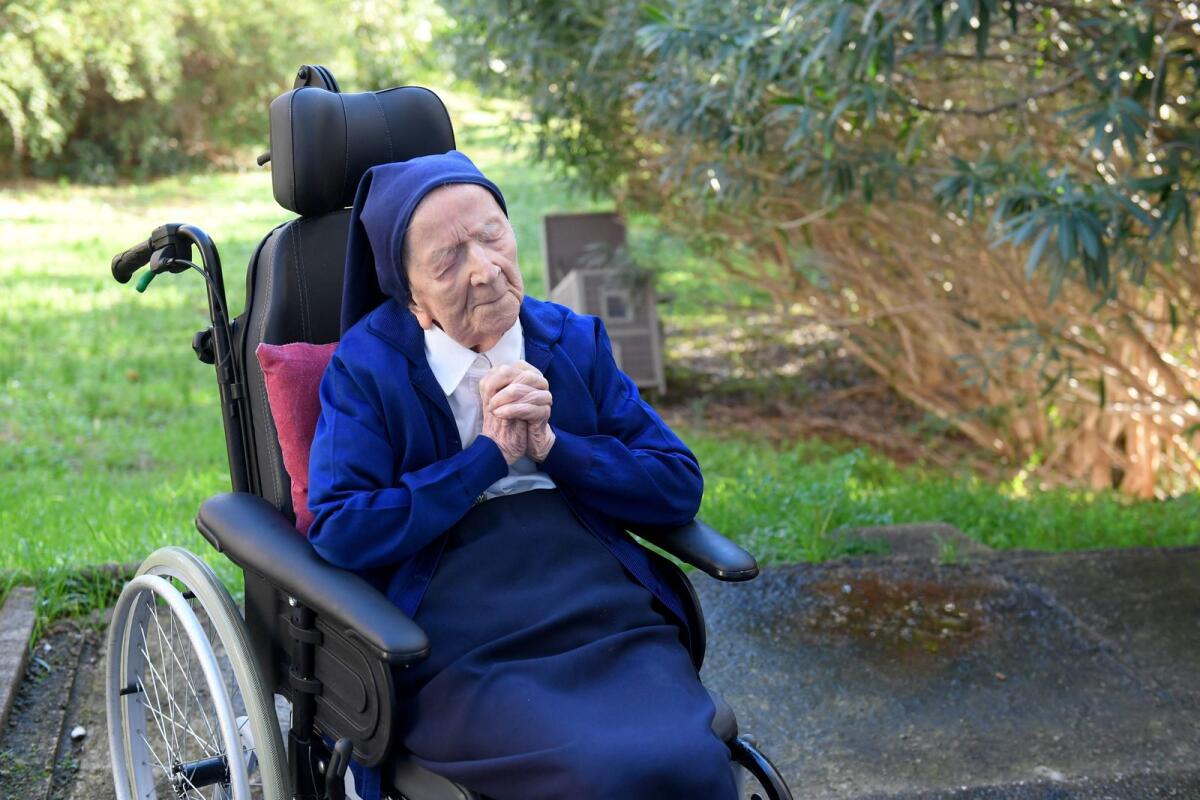 Randon, known as Sister Andre, was born in southern France on February 11, 1904, when World War I was still a decade away.

She died in her sleep at her nursing home in Toulon, spokesman David Tavella said.

“There is great sadness but… it was her desire to join her beloved brother. For her, it’s a liberation,” Tavella, of the Sainte-Catherine-Laboure nursing home, told AFP.

The sister was long feted as the oldest European, before the death of Japan’s Kane Tanaka aged 119 last year left her the longest-lived person on Earth.

Randon was born in the year New York opened its first subway and when the Tour de France had only been staged once.

She grew up in a Protestant family as the only girl among three brothers, living in the southern town of Ales.

One of her fondest memories was the return of two of her brothers at the end of World War I, she told AFP in an interview on her 116th birthday.

“It was rare, in families, there were usually two dead rather than two alive. They both came back,” she said.

She worked as a governess in Paris — a period she once called the happiest time of her life — for the children of wealthy families.

She converted to Catholicism and was baptised at the age of 26.

Driven by a desire to “go further”, she joined the Daughters of Charity order of nuns at the relatively late age of 41.

Sister Andre was then assigned to a hospital in Vichy, where she worked for 31 years.

In later life she moved to Toulon along the Mediterranean coast.

Her days in the nursing home were punctuated by prayer, mealtimes and visits from residents and hospice workers.

She also received a steady flow of letters, almost all of which she responded to.

In 2021 she survived catching Covid-19, which infected 81 residents of her nursing home.

Randon told reporters last year that her work and caring for others had kept her spry.

“People say that work kills, for me work kept me alive, I kept working until I was 108,” she told reporters in April last year in the tearoom of the home.

Although she was blind and relied on a wheelchair, she used to care for other elderly people much younger than herself.

“People should help each other and love each other instead of hating. If we shared all that, things would be a lot better,” she said at the same meeting with journalists.

She had rejected requests for locks of hair or DNA samples, saying that “only the good Lord knows” the secret of her longevity.